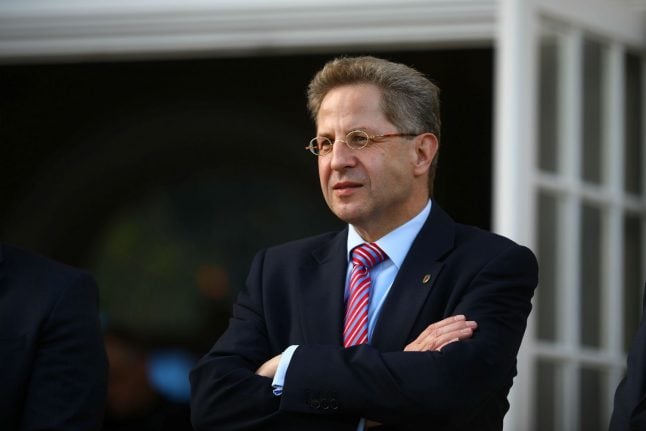 The controversial assessment, which was sharply criticized by Angela Merkel, is said not to have been verified by Maaßen’s staffers. He was due to face a parliamentary committee on Wednesday, amid widespread calls for his resignation.

According to information in the Süddeutsche Zeitung, Maaßen stated in a letter to Federal Interior Minister Horst Seehofer (CSU) that the video was not forged, but rather that he had doubts that it “authentically” showed a manhunt.

In a four-page letter of clarification to Seehofer on Wednesday, however, Maaßen explained himself in more depth, and also made accusations against a Twitter user Antifa Zeckenbiss (Antifacist Tickbite), who had originally posted the video with the wording “Menschenjagd (Manhunt) in Chemnitz”. This could have likely been done to achieve a desired effect, he wrote.

Maaßen furthermore said he made the statements in order to show support for Saxony's Prime Minister Michael Kretschmer (CDU), whose government had stated that there was no such hunt in Chemnitz”.

Maaßen emphasized that he had “in no way doubted that there were demonstrations and crimes organized and carried out by right-wing extremists in Chemnitz”.

At the same time, the intelligence head, contrary to what was reported by the media, stated that he had “never claimed that the video had been falsified or manipulated”.

On Wednesday, Maaßen was due to attend a meeting of the Parliamentary Committee for the Control of the Secret Services (PKGr) and also a special meeting of the Interior Committee in the Bundestag to discuss his statements about the video.

“Either he succeeds in eliminating doubts that are placed in his administration and communication, or he has acted negligently,” Free democrats (FDP leader) Christian Lindner told the Passauer Neue Presse on Tuesday. “Then he would no longer be considered a trustworthy protector of our constitution.”

The deputy chairman of the CDU and North Rhine-Westphalian Prime Minister Armin Laschet told the Rheinische Post that: “Constitutional protectors should observe enemies of the constitution and not give interviews to the Bild newspaper.

Maaßen had told Bild on Friday that his office had no reliable information that, after the violent death of a German allegedly by asylum seekers in Chemnitz two weeks ago, “hunts” had taken place against foreigners in Chemnitz.

He thus contradicted Chancellor Angela Merkel (CDU) and government spokesman Steffen Seibert. Maaßen went on to say that there was also no evidence that a video circulating on the Internet about the incidents was authentic. He was sharply criticized for these statements, and Seehofer, as Maaßen's superior, demanded clarification.

His statements come at a tense time in Germany. Additional right-wing violence broke out earlier this week in Köthen and Halle following the Sunday death of a German man after a brawl with two Afghanis. 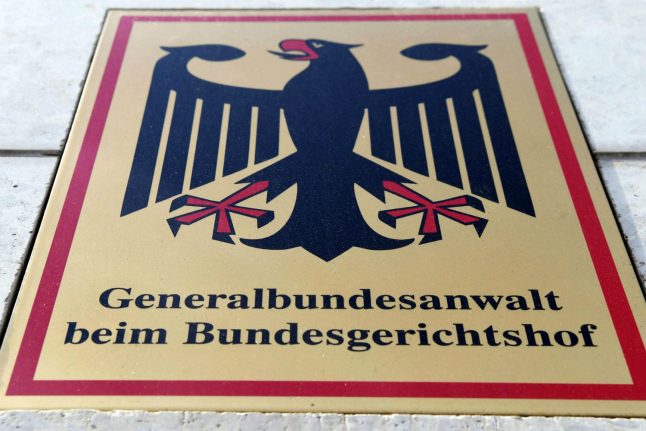 The sign for Germany's Bundesgerichtshof, or Federal Court: Photo: DPA

The arrests followed raids, some by heavily-armed special units, which hit 13 locations in six German states.

The four prime suspects planned to spark “a civil-war-like situation… via as yet undefined attacks on politicians, asylum seekers and people of Muslim faith,” federal prosecutors said in a statement.

READ ALSO: A new strategy: How Germany is stepping up fight against far-right extremism

A further eight suspects were alleged to have agreed to “financially support the group, provide it with weapons or take part in future attacks”.

The twelve included a police officer previously suspended over suspicions he had links to the far-right, a source at the interior ministry in North-Rhine Westphalia state told AFP, though it was not immediately clear if he was one of the prime suspects.

From its founding in September 2019, the group's ultimate aim was “to shake the state and social order in Germany and in the end to overturn it,” investigators believe.

In order to plan their attacks, the group allegedly held regular meetings which were coordinated and organised by two of the main suspects, named only as Werner S. and Tony E.

The suspects, all of whom are German citizens, also communicated using messenger apps.

Investigators launched Friday's raids to determine whether the suspects already had weapons or other supplies that could be used in an attack.

The twelve men are set to appear before a court on Friday or Saturday to hear whether they will be imprisoned on remand.

German authorities have turned increased attention to the country's underground extreme right scene since the murder of conservative local politician Walter Lübcke last June and an October attack on a synagogue in eastern city Halle.

Suspects arrested in both cases have ties to the extreme right.

According to Spiegel magazine, police discovered several weapons in Friday's raids, including one self-made “slam gun” similar to the one used in the Halle attack.

At the time, federal police said they had identified 48 people on the extreme right as “dangerous” individuals who could carry out an attack.

Reacting to reports of the arrests on Friday, a spokesman for the Federal Interior Ministry said that measures to protect religious institutions would be reviewed by local authorities.

A spokesman for Chancellor Angela Merkel, meanwhile, said that threats to attack Islamic institutions in Germany amounted to “abominable behaviour”.

“We as the federal government feel an obligation to ensure that anyone in Germany can practice their religion within the bounds of our legal order,” said Steffen Seibert at a government press conference.