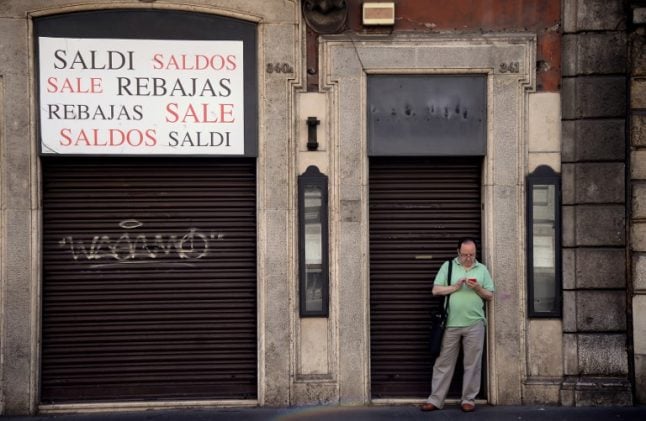 “We need to start to regulating opening and closing hours again,” Di Maio declared on Sunday, saying that Italy's coalition government would introduce legislation on the matter “within a year”.

Amid consternation from retailers, he clarified on Monday that not everywhere would be shuttered on Sundays: under his proposal one in four shops would be allowed to do business on the seventh day, with stores taking it in turns to be among the 25 percent.

The restrictions would also apply to the biggest shops on public holidays, he said. There could also be exemptions for tourist hotspots and during the peak Christmas shopping period in December.

While Di Maio, who is also the head of the Five Star Movement and deputy prime minister, argued that the move would prevent employees being forced to work all hours, retailers said it could lead to massive redundancies.

The CEO of the Conad supermarket chain, Francesco Pugliese, estimated that as many as 50,000 jobs could be at risk in their stores alone, while Federdistribuzione, the association of large retailers in Italy, warned that restricting Sunday trading would be “a handicap for the entire sector” amid fierce competition from online sellers.

Sunday shopping in Italy has become increasingly widespread since 2012, when a technocrat government liberalized restrictions on opening hours in a bid to boost the economy.

While many customers appreciate the convenience, smaller shopkeepers, unions and Christian groups have long argued for keeping Sunday a day of rest.

Di Maio, whose Five Star Movement governs in coalition with the hard-right League party, is thought to have his partners' backing on the issue.