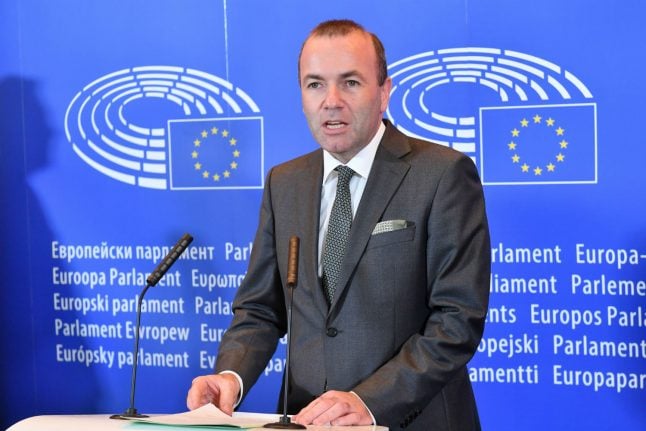 Weber, who on Wednesday announced his bid to succeed Jean-Claude Juncker as commission head next year, said it was necessary “to sit down at a table, to listen to each other and find compromises”.

“We should work with everyone, and listen to everyone so we can find a common vision,” Weber, an ally of German Chancellor Angela Merkel, told  Italy's La Stampa newspaper.

Juncker also belongs to the group as does Merkel's Christian Democratic Union.

Known for his nationalist rhetoric, Orban, who has been in power in Hungary since 2010, is fiercely anti-immigration and has had frequent run-ins with EU institutions, accusing the bloc of not representing all interests fairly.

Asked whether Weber would accept Salvini's League party in the EPP, he  refused to comment “on an individual party”.

Weber noted that it was Britain's then-prime minister David Cameron's 2009 decision to take his Conservative party out of the EPP grouping that heralded Brexit.

“Let's not forget that the beginning of Brexit was Cameron's decision to leave the EPP,” he said.

Weber has received the support of Merkel and of Austrian Chancellor Sebastian Kurz, whose conservative party has governed together with a far-right party since late last year after winning votes on an anti-immigration platform. Kurz's party is also an EPP member.

There has not yet been a German head of the European Commission, which has only existed in its current form since 2009.

However, during the commission's early stages as the nine-member Commission of the European Economic Community between 1958 and 1967, its president was Walter Hallstein of former West Germany.

Weber, a member of the Christian Social Union in Bavaria, has headed the European People's Party in the European Parliament since 2014.

Elections to the European Parliament are expected to be held on May 23rd to 29th, 2019.