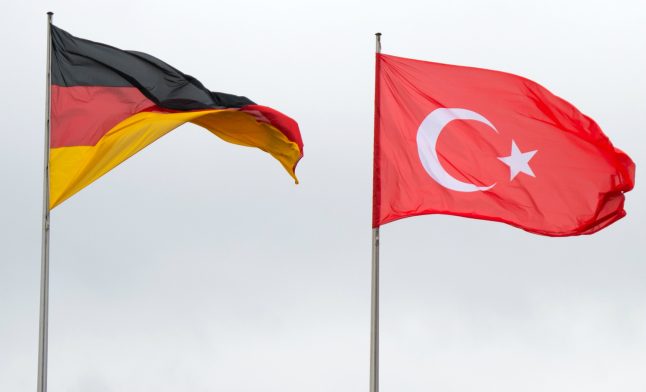 Maas sets off on Wednesday for his two-day visit to Turkey, his first as Foreign Minister.

In addition to his counterpart Mevlüt Cavusoglu, he will also meet President Recep Tayyip Erdogan there – just over three weeks before Erdogan’s state visit to Germany.

“It is no secret that the development of Turkey, especially the human rights situation, worries us and overshadows our relations,” said Maas before he left from Berlin on Wednesday.

He said the “numerous cases of custody” show this and that he would address these topics “openly”.

However, the SPD politician also stressed that he wanted to “continue to work hard to improve relations”.

“It is of strategic interest to Germany that we constructively shape our relations with Turkey. Turkey is more than a big neighbour; it is also an important partner of Germany.”

Maas will visit Ankara first. In addition to his counterpart Mevlüt Cavusoglu, he will also meet President Recep Tayyip Erdogan there – just over three weeks before his state visit to Germany.

A meeting with parliamentary president Binali Yıldırım is alos planned. On Thursday, Maas will visit the German school in Istanbul, which celebrates its 150th anniversary this year, reports Zeit.

Also on the agenda during Maas' visit will be the future of conflict in Syria.

The visit also coincides with Ankara's ongoing problems the United States and the struggling Turkish economy, so it is in the interests of Erdogan to repair relations with Germany and the European Union.

Tensions between the two countries

After the failed coup attempt in Turkey around two years ago, at least 35 Germans were arrested, mainly for political reasons.

Several detained German nationals have been released, however seven are still in prison today. Meanwhile, tens of thousands of Turks have been detained, including many journalists and intellectuals.

Political relations between Germany and Turkey have been tense but in recent months both sides have taken steps towards improving ties.

Maas has made it clear that German-Turkish relations can only be eased when the prisoners are released.

Meanwhile, another case, which became public on Tuesday, is likely to cause tensions. According to German broadcasters WDR and NDR, a German citizen was arrested in Bulgaria at the instigation of Turkey. Taggeschau reports that the 44-year-old, known as Mehmet Y., is in custody in the Bulgarian city of Varna.

He reportedly worked as a refugee carer in a church institution in Bonn.

A Turkish court is said to have sentenced him in absentia to several years in prison for alleged activity with the Kurdistan Workers' Party, known as PKK.

Meanwhile, there are concerns that he could be extradited to Turkey.  The Foreign Office in Berlin has not commented on the case.

“Erdogan’s Turkey has done everything in the past weeks and months to damage relations with the EU and the US,” Lambsdorff told the German Press Agency (DPA).

“Erdogan has taken foreigners hostage, has brought press and justice in line and deliberately trampled on Western values,” he said.

He added that Maas must travel to Ankara with a clear message that there can only be rapprochement between the two countries if “Turkey changes course”.

“Democracy, the rule of law and human rights must be applied again.”

Lambsdorff added that the Federal Government must not “buckle” on these terms.