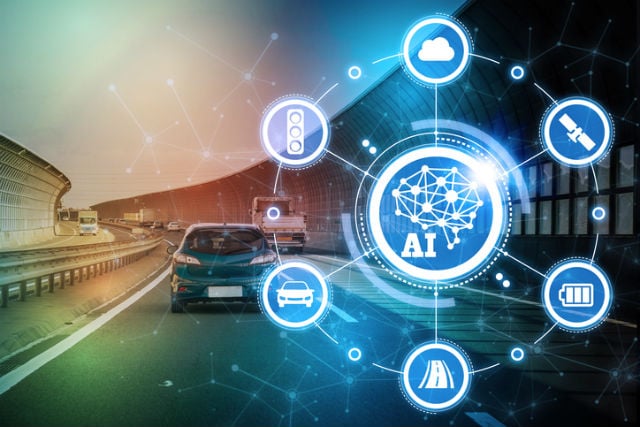 Swedes have never been afraid of new technology, whether it’s the rapid transition toward a cashless future, offering programming classes for kids or interacting with the government online, the people of Sweden seem not only ready but eager to embrace new advances.

It’s therefore not surprising that Sweden has its sights set on a leading role in the coming artificial intelligence (AI) revolution.

The government earlier this year identified artificial intelligence and machine learning as a priority area that “can strengthen Sweden’s competitiveness and welfare”. Although Sweden doesn’t plan to go it alone — it has announced plans to form a joint effort with other Nordic and Baltic nations to promote the region as a global AI leader — there are projects afoot within the industry and the nation’s educational institutions to ensure that Sweden is out in front when it comes to AI.

But it’s not so straightforward, cautions Bo Wahlberg, a researcher at the Royal Institute of Technology (KTH) who specializes in self-driving vehicles. There is the fear that AI technology is outpacing theoretical research into the sector.

“Companies are trying AI and machine learning out on just about everything you can think of, but usually you understand the theory before the application. What we are seeing is the opposite. AI is being applied without enough focus on the theoretical aspects,” Wahlberg said.

“There is a big gap between what you can do and what you understand,” he added.

In an effort to bridge that gap, Wahlberg is part of the Wallenberg AI, Autonomous Systems and Software Program (WASP), which is described as ”Sweden’s largest-ever individual research program.”

READ ALSO: Why Sweden is leading the cryptocurrency revolution

With funding to the tune of 1.8 billion kronor, WASP currently funds over 100 students at Sweden’s four major information and communication technology universities: KTH Royal Institute of Technology, Chalmers University of Technology, Linköping University, and Lund University. It focuses on the areas of autonomous systems like self-driving vehicles, software technology and the expansion of machine learning and AI. Within ten years, the WASP program will have churned out over 200 students that can help Sweden to lead in these areas.

For his part, Wahlberg is focusing on developing safe self-driving heavy vehicles with Swedish truck maker Scania. He said self-driving vehicles are “not quite there yet” when it comes to predicting the actions of other drivers or the movements of cyclists and pedestrians. He added that part of the theoretical research that he views as lacking must include considering the ways bad actors can use AI for nefarious means.

“As we have sadly seen in Stockholm and other cities, cars and trucks can be used in very scary ways so we want to make sure that self-driving vehicles have certain safeguards. There are a lot of different things we are looking at, such as the ability to shut down self-driving vehicles if they enter an area that they shouldn’t be in or if someone manages to hijack one,” he said.

But while major global carmakers focus on their own cars' autonomy, WASP is concerned with the entire ecosystem, in anticipation that self-driving vehicles will operate in an increasingly connected environment.

Perhaps because of this complexity, Wahlberg said it’s “impossible to know” what the AI revolution will mean for Sweden and the wider world.

Key among Sweden’s efforts to position itself at the forefront of the AI revolution is convincing tech companies that the massive data centers that will be needed to power AI should be based in Sweden. Sure, there is a significant financial incentive in luring the tech giants, but there’s also a green motive.

The global energy use by data centers in 2016 amounted to roughly 416 terawatts — a figure predicted to double every four years — and an eye-opening report from Climate Home News estimated that internet-connected devices will account for one-fifth of the world’s total electricity usage by 2025.

“The Swedish data center industry is growing by 14 percent year on year and we are not seeing any signs that it will slow down. The question is, how do we combine high energy output with sustainability? For the industry to be climate positive you need to locate the data centers where there is major access to sustainable energy, otherwise the data center industry will not contribute to a sustainable future,” says Christoffer Svanberg (pictured below right) of the Luleå-based Node Pole. “AI will push the data center industry, which is already using massive amounts of energy, into a much more rapid expansion,” he continued. “No one really seems to be thinking about the huge amounts of energy that these sectors use even though this vast energy use is still a core part of global environmental problems.”

“Here in Sweden, we have massive amounts of green, carbon-neutral energy. We have great grid and heat reuse systems that are perfect for handling data centers,” Svanberg said. “Establishing data centers here is good for the environment and good for the company’s brand. I usually tell companies that they can’t afford not to invest in Sweden.”

He pointed to Greenpeace’s annual ‘Click Clean’ report that tracks the tech industry’s commitment to renewable energy. Streaming services like Netflix and Sweden’s own Spotify received very poor marks in the latest report.

“No one is binge-watching some series from their couch and thinking about the bad environmental impacts of that,” Svanberg said. “But if over the next 10 to 15 years the environmental problems continue to escalate and become more visible, I think it will be damaging to a lot of brands if they don’t show they are taking this seriously.”

Svanberg said he’s not naive enough to think that tech giants like Google are going to abandon Silicon Valley for a remote location in Sweden but said the Googles and Netflixes of the world should look to Sweden for expansion because of its clean energy. The Nordic nation emits an average of 26 grams of carbon per kilowatt hour, while the US emits around 600 grams and China emits 1,100 grams. According to Svanberg, if only hydropower is used, Sweden’s emissions per kWh drops down to 0.4 grams.

Unlike the famous doomsday prophecies of someone like Elon Musk, Svanberg is optimistic  about how AI will change the future. In that, he’s far from alone amongst his countrymen. A survey from the European Commission found that 80 percent of Swedes are positive about artificial intelligence and advanced robotics. That’s a stark difference to attitudes in the US, where a Pew Research Center survey showed that 72 percent of Americans are “worried” about robots and advanced computers taking their jobs.

Svanberg is also bit more willing than Wahlberg to make predictions for the future of AI saying, for example, that within ten years a majority of all call center employees will have been replaced by computers that will react to our calls so naturally we won’t even know they aren’t human.

“The AI revolution is inevitable and unstoppable. Sweden can and should play a major role,” he concludes.

This article was produced by The Local Creative Studio and sponsored by Data Centers by Sweden.