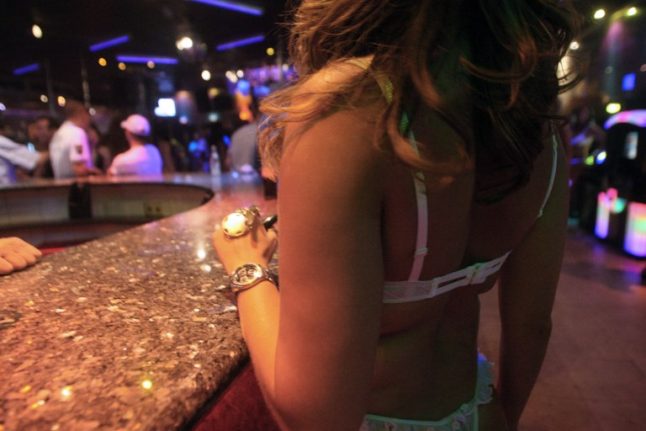 “Us sex workers deserve the same labour rights as the rest of Spanish society,” Conxa Borrell, head of the OTRAS union, told reporters in Barcelona.

The press briefing came a day after Prime Minister Pedro Sanchez, who wants to abolish prostitution altogether as does his executive, said the labour ministry had launched proceedings to challenge the union’s existence in court.

She stressed that for fellow sex workers, getting labour rights such as a contract, fixed salary, sick or maternity leave, holidays or retirement was “an utopia”. The existence of the union left Sanchez red-faced on Thursday as not only was it registered by his own labour ministry, but it was published in the official state gazette on August 4.

The news only came to light on Thursday.

Sex work is tolerated in Spain — neither illegal nor regulated — but Sanchez came to power in June with a strongly feminist agenda promising to fight the exploitation of women.

Labour Minister Magdalena Valerio told reporters Thursday she was shocked by the fact such a union had been approved.

“As a minister and member of a feminist government, I would never have given the OK for this to be published in the official state gazette,” she said.

Valerio (below) added this has been one of “the biggest” upsets in her life.