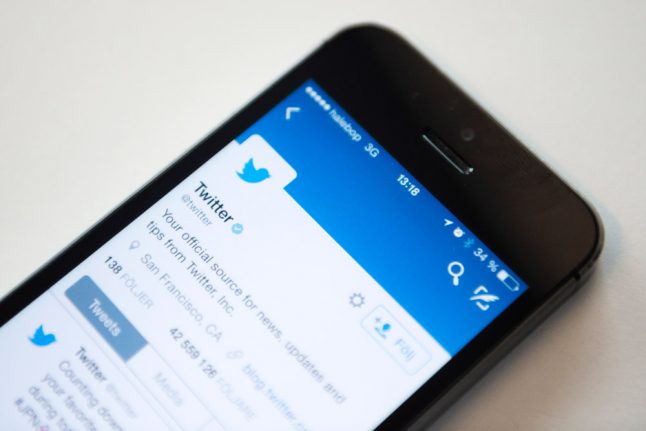 Photo: Vilhelm Stokstad/TT
“We can see that political bots are increasing the closer we get to the election,” Johan Fernquist of the Swedish Defence Research Agency (Totalförsvarets forskningsinstitut – FOI) said. “It might be because we are coming into a more intense election campaign period with constant election messaging and proposals, so people quite simply become more eager to get their message out.”
The number of automated Twitter accounts focusing on Swedish politics was estimated to be around 500 or so in the spring. But activity picked up at the beginning of the summer and then really took off in July. According to FOI, there were over 1,200 Twitterbots spreading information about Swedish politics as of last week.
Those automated Twitter accounts are estimated to make up six percent of all accounts that discuss Swedish politics and are responsible for 12 percent of Swedish political content on Twitter.
Swedish officials fully expected that the election would be fertile grounds for an information war. The Swedish Civil Contingencies Agency has worked with the Swedish Election Authority, the security police and the national police to tackle foreign interference in the 2018 election.
FOI said on Tuesday that it has not investigated who is behind the Twitter bots and therefore declined to comment on whether or not a foreign government might be involved.
READ ALSO: How Sweden's getting ready for the election-year information war
As the authorities predicted, a large proportion of the automated content is focusing on the divisive issues of immigration, segregation and crime.
Of all the automated content that expresses support for a specific party, 47 percent of the posts are in favour of the anti-immigration Sweden Democrats (SD). Another 29 percent of those posts express support for Alternative for Sweden (Alternativ för Sverige – AFS), an upstart party largely made up of former Sweden Democrats.
Other political parties receive significantly less support from the Twitter bots. Just seven percent of the automated content is favourable to the Social Democrats, putting the prime minister's party in a distant third place behind SD and AFS.
SD is also significantly less likely to be attacked by the Twitter bots. Roughly 29 percent of the automated content criticizes a specific party, but just six percent of that total is critical of SD. By contrast, 42 percent of the explicitly critical automated content targets the Social Democrats.
“I cannot speculate on why that is the case, I can only say that the nationalist and anti-immigration movements have greater support and SD, in particular, gets significantly more support from the automated accounts,” Fernquist said.