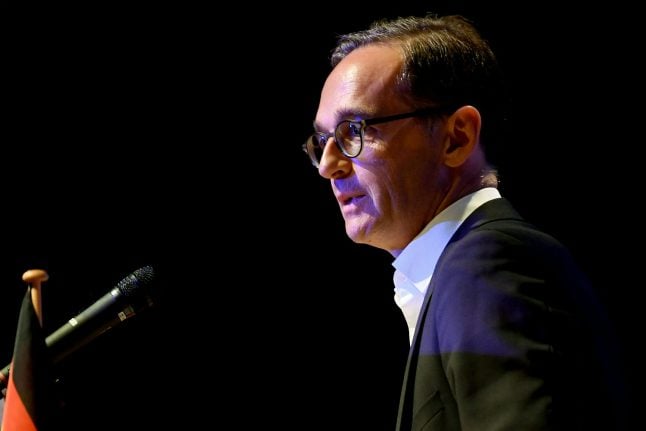 “We still consider it a mistake to pull out of the nuclear agreement with Iran,” Maas said in an interview with the Passauer Neue Presse on Wednesday. “Nobody is saying the deal was perfect, but it is definitely better than having no deal at all.”

The agreement with Iran was signed in 2015 by the EU, Russia and the USA under then president Barack Obama. It was designed to prevent Iran developing the nuclear bomb, in return for the lifting of western sanctions.

Yet current US president Donald Trump has been fiercely critical of the deal, and announced earlier this year that the USA would no longer acknowledge it. This weekend, his government reimposed sanctions on Iran.

Maas, though, has said that Germany and the EU will fight to keep the deal alive, even without the USA.

“We will fight for it because it is in our interest in terms of security that there is security and transparency in the (Middle East),” the Foreign Minister said.

Maas also attacked those in the West who were pinning their hopes on regime change in Iran, warning that this could lead to even bigger problems.

“The isolation of Iran could boost radical and fundamentalist powers,” said Maas. “If Iran were to see the kind of chaos we have seen in Iraq or Libya, it would only further destabilise an already unstable region.”