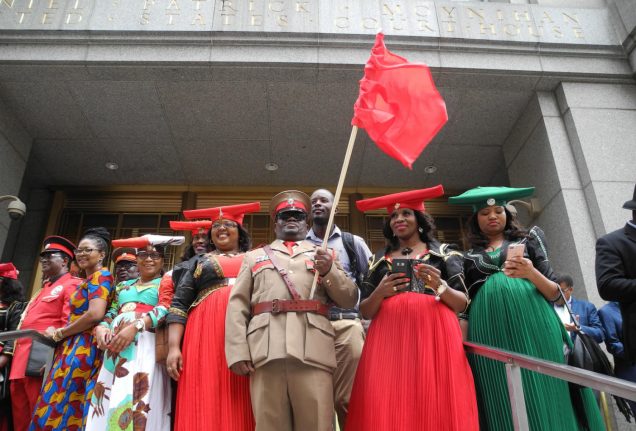 US District Judge Laura Taylor Swain presided over the one-hour hearing in a New York federal court but concluded the session by saying that she would not rule immediately. She also did not set a date for a decision.

The German government wants the lawsuit thrown out on the grounds of state immunity from prosecution. The Herero and Nama groups are seeking reparations for the genocide of their peoples under German colonial rule.

Tens of thousands of Hereros and around 10,000 Nama people were killed between 1903 and 1908 after rising up against German colonial rule in South West Africa, which is today Namibia.

The Herero and Nama people brought the class-action lawsuit last year, seeking reparations over the tens of thousands killed in the massacres.

Germany, which has acknowledged that atrocities occurred, is currently in talks with Namibia on reaching an agreement that would contain an official apology and promise of development aid.

The lawsuit was filed under the Alien Tort Statute that allows non-US citizens to make claims in US federal court for international law violations.

On Tuesday, lawyer Jeffrey Harris argued that Germany should benefit from the principle of immunity from prosecution as a sovereign state.

Kenneth McCallion, the chief lawyer for the Herero and Nama tribes, argued that several exceptions to that principle were applicable.

Germany owns four buildings in New York, which were acquired with public money, coffers that McCallion argued were boosted by colonial plundering.

He also sought to establish the principle of commerce between Germany and the United States, by pointing to a German museum's 1924 sale of genocide victims' bones to a US collector who subsequently donated them to the American Museum of Natural History in New York.

Harris countered that there was no direct link between funds used to buy the New York properties and colonial activities, and said the bones' purchase did not amount to commerce with the United States.