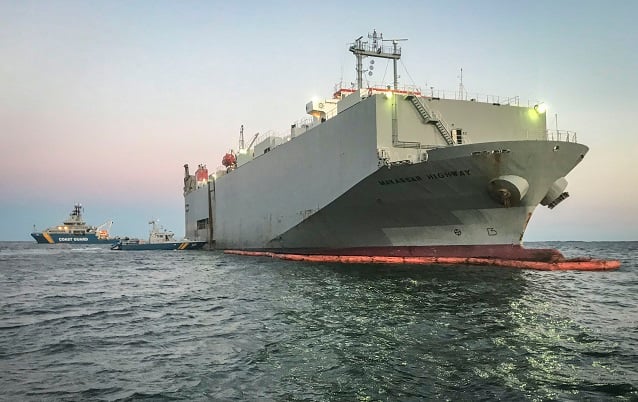 The 139-metre freight ship Makassar Highway first ran aground on July 23rd and began leaking oil. Initially the coast guard was able to contain the spillage, but heavy winds on Saturday and Sunday meant the oil began to leak into the Baltic Sea, before the salvage operation could begin.

By Sunday afternoon, the oil had reached some small islands in the archipelago area, including a nature reserve, close to Valdemarsvik in southeast Sweden.

In total up to 14,000 litres of oil was spilled, according to estimates from the Swedish coast guard, but around half of the total amount has already been removed from the water. Roger Gebauer from the coast guard described the spillage as a “lesser amount” on Sunday and added: “We are doing everything we can to prevent any more oil from reaching land.”

The leak had reportedly stopped by Monday afternoon, but the beach cleanup operation was ongoing, with more than 100 people working to remove the oil, including from the armed forces, the coast guard, rescue services, and volunteers.

Members of the public in the archipelago area between Loftahammar and Valdemarsvik were warned to avoid any contact with the oil on land or in water, and to remove it and clean themselves if contact occurred. The coast guard also blocked off part of the water between the mainland and Huvudskär islands.

“The barrier is in place to protect the public and create a calm working environment for the staff at the scene,” said Mattias Heneborn, who was leading the rescue operation.

The ship is now set to be taken to Oskarshamn, but this can only happen once the damaged tank has been emptied of oil and divers have ensured there is no risk of further oil spills.

As of Monday afternoon, there had been no reports of birds injured by the spill, but the organization KVF, which assists with birds and animals affected by oil spills and other catastrophes, was on hand to help treat any injured wildlife.

The chief officer on the Makassar Highway was arrested on Monday after the accident, but according to Aftonbladet was released two days later after accepting a summary imposition of a fine for intoxication and negligence in maritime traffic.