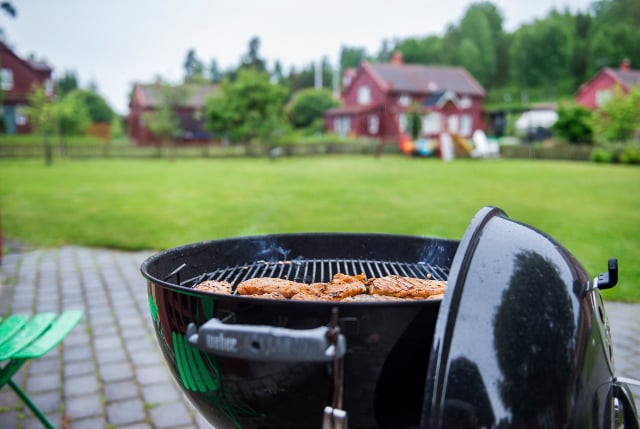 File photo of a barbecue in Sweden (not this summer). Photo: Marcus Ericsson/TT

Swedish counties have had fire bans in place since early summer due to the hot and dry weather.

However, in most cases such bans have only applied to disposable barbecues and lighting fires in the wild, and not to private gardens or safe spots built by the councils.

But many regions have extended the bans and currently all fires and barbecues, even in private gardens, are prohibited in Gävleborg, Värmland, Kalmar, Gotland and Västra Götaland.

On Wednesday Sweden's Civil Contingencies Agency MSB urged all counties across Sweden to follow suit and enforce a ban on all outdoor grills and camping kitchens.

“The fire risk in Sweden will by the end of the week reach extreme levels. The bans need to be tightened to avoid new fires,” said MSB operative manager Anneli Bergholm Söder.

MSB is working on sharing information about the fire bans in 25 languages, she said.

READ ALSO: More about the heatwave in Sweden

The Swedish government has called a meeting of its crisis management council to try and tackle the fires. The council usually includes the head of the Swedish police, the head of security police Säpo, the Supreme Commander of the Armed Forces, the head of MSB and a representative for Sweden's county councils.

Foreign backup has arrived in Sweden to help alleviate the situation. Polish support has been divided and is working in Jämtland and Ljusdal, French firefighters are in place in Ljusdal, and German firefighters are working in Trängslet. Waterbombing planes from Portugal are expected to touch ground on Wednesday.