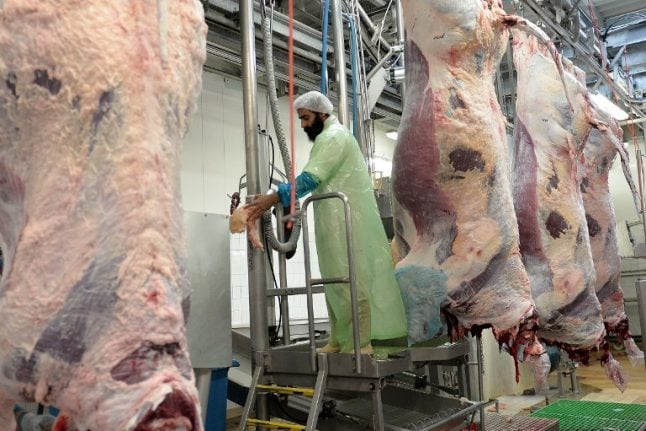 A coalition of the centre-right People's Party (ÖVP) and the far-right Freedom Party (FPÖ) has governed Austria since December after winning votes on an anti-immigration platform.

FPÖ member Gottfried Waldhäusl was quoted in an interview in Austrian newspaper Die Presse Thursday as saying registration was necessary to reduce the slaughtering used for meat consumed by Jews and Muslims.

The law provides that having such meat is only for those who show they belong to a religious community and need it, the cabinet minister in the state of Lower Austria told the paper.

Waldhäusl has said he wants to reduce the practice of slaughtering animals without first stunning them, citing animal rights.

Austria's Jewish community organisation, the IKG, said citing animal protection to crack down on kosher slaughtering was a “wrong pretext”.

“To demonise the practice is a way to demonise minorities,” an IKG official, who declined to be named, told AFP.

The FPÖ was founded by former Nazis in the 1950s but in recent years has sought to clean up its image, with its leader saying the party rejects all extremism.

But since its entry into government in December, the party has been embroiled in a string of controversies that critics say show it has not stamped out extremism.

In March, the FPÖ expelled two local councillors for sharing Hitler photos and quotes on WhatsApp, and in January an FPÖ candidate in a state election quit after it emerged that his student fraternity had published a songbook with lyrics joking about the Holocaust.

The way the meat is slaughtered “fails to observe the highest animal welfare standards”, said the Court of Justice of the European Union (CJEU).

The case came to the court after the OABA, a French association promoting animal welfare in abattoirs, urged the agriculture ministry to ban the labelling of such meat as organic.

French courts initially dismissed the OABA's case before passing it up to the CJEU for a definitive ruling.

“The Court recalls that scientific studies have shown that pre-stunning is the technique that compromises animal welfare the least at the time of killing,” said an CJEU statement Tuesday.

Producers have to meet the highest animal welfare standards to qualify for the EU's organic label, the court noted.

So while the ritual slaughter of animals was allowed on grounds of religious freedom, if they were not first stunned then that did not meet the highest animal welfare standards.

The meat from such animals could not then qualify as organic.

The case will now go back to the Court of Appeal in Versailles, France, for a definitive ruling.