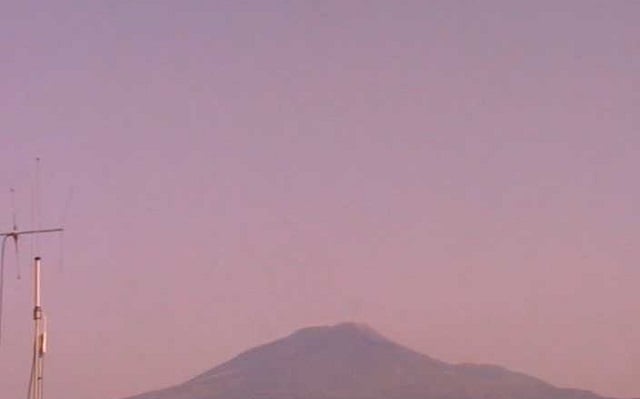 An image of Mount Etna early on Thursday morning.

The quakes took place between 22.56 and 0.22, according to Italy's National Institute of Geophysics and Vulcanology (Ingv), which only took into account those of a magnitude higher than 2.0.

Two of the tremors were measured at 3.6 and 3.5 on the Richter Scale, and they were felt in several of the surrounding villages. No injuries or significant damage have been reported as a result of the quakes.

Quakes are usually felt by people in the area if they are of a magnitude of 2.0 or above, but very rarely cause damage unless the magnitude is over 4.0. According to Ingv, over a 200-year-period there were 177 quakes in the Etna area that caused damage, though serious damage was only experienced every 15 years on average.

However, concerns have been raised in Italy after even relatively minor earthquakes have caused damage to buildings, including those supposedly built to quake-proof standards.

Etna, nestled between the cities of Messina and Catania, is Europe's most active and highest volcano and Italy's highest peak south of the Alps. Together with Mount Vesuvius near Naples, it is one of 16 volcanoes in the world designated as 'Decade Volcanoes' by the UN, which means that they are studied particularly closely due to the frequency of activity and density of nearby population.

READ ALSO: A long history of destructive earthquakes in Italy