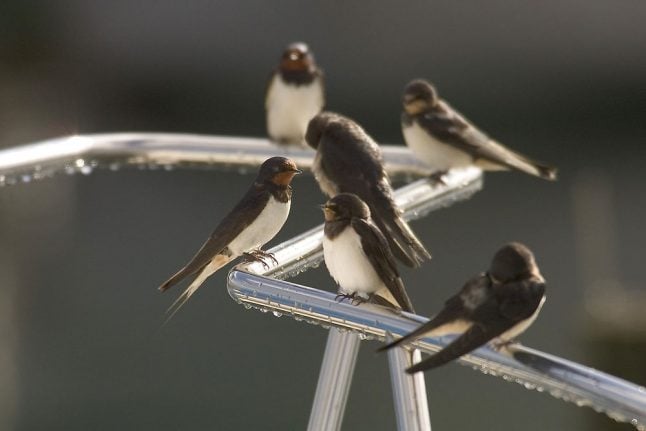 But smaller birds such as tits, which feed off larvae, struggle in the dry conditions, the Danish Ornithological Society (DOF) writes.

Waders, birds that that wade in order to forage for food along shorelines and mudflats, are also likely to see lean times as a result of the current weather, which can dry out their habitats, the society writes on its website.

“Most small birds have already suffered their first challenges. That happened back at the end of May, when the drought was not yet a serious problem. But now, after no significant rain for more than two months, there could be a real problem finding enough food for larva-eating birds like for great tits, blue tits and other types of songbird, because the larvae dry out on the drought and the heat,” DOF biologist Knud Flensted said via the organisation’s website.

This year’s conditions are in contrast with the wet summer of 2017, when it was swifts and swallows that struggled to find enough food for their young. This year, dried-out fields provide more optimal conditions for the small birds to find the insects they feed on.

Swift chicks are capable of surviving for periods without eating if their parents have to fly long distances to find food, but that has not been necessary this year, DOF writes.

For swallows, several broods with large numbers of chicks are likely if the stable weather continues.

But on the coasts, drought is a threat to several species of bird in marshy areas and on islands.

“Gradual drying out of the course of the summer in ponds and marshes is an advantage for many waders if their young eat insects that live in shallow water. But this year the marshes have dried out very early, so food reserves for lapwings, redshanks and stints have shrunk and, in many places, disappeared completely in breeding areas,” Flensted said.

“The drought has also meant that foxes have had easier access to many birds’ eggs and chicks. In particular where the low water has made it easy for predators to reach spots that would usually be protected against uninvited guests,” the biologist added.

Flensted also noted that such a difference between two consecutive summers is a natural variation.