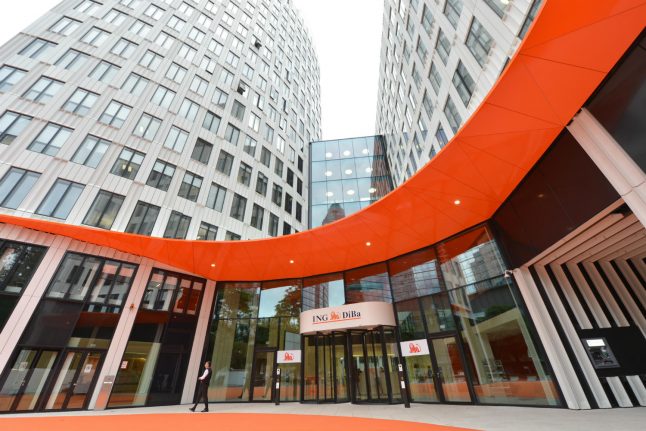 The offices of ING-DiBa Bank in Frankfurt. Photo: DPA

At the beginning of the year, online banks such as Comdirekt and Deutsche Kreditbank (DKB) introduced a minimum amount for cash withdrawals. On July 1st, ING-DiBa – Germany's third-largest bank with nine million customers – decided to get on board as well. Now their customers have to take out a minimum of €50, whether with a Visa or Girocard. Yet in the future, customers with less than 50 euros in their account might be able to withdraw smaller amounts of money, the bank has said.

The pension increases by more than three percent

From the start of this month, the income limits for widow and widower pensioners have increased. The allowance up to which the person's pension is paid in full without any deductions depends on the place of residence of the pensioner. Starting in July, it will increase from €819 to €845 in western Germany, and from €783 to €810 in eastern Germany. For each pensionable child of the pension recipient, the allowance increases by €179 in the west and €171 in the east.

In the past, vacationers on package holiday travel only had a maximum of one month after their trip to report any issues. Yet now this will be possible up until two years afterwards. Organisers of packaged trips must furthermore take out insolvency protection, meaning that travellers can still receive refunds in the event that they go bankrupt.

Travellers can also now cancel their holidays, for any reason, by paying a reasonable fee. Furthermore, should their destination become dangerous due to a war or natural disaster, or if the package price is raised over 8 percent of the original price, they will receive a full refund.

Painkillers such as aspirin or ibuprofen, which are available without a prescription in the pharmacy, now come complete with a warning. Starting this month, the packaging will read: “In the event of pain or fever, and without medical advice, do not use longer than specified in the leaflet!” This is to avoid side effects such as strokes, stomach bleeding, and liver and kidney damage.

For the first time since 2013, consumers in Germany have to pay more for book and goods shipments at Deutsche Post. The price for a book shipment up to 500 grams is increasing by 20 cents to €1.20. Consignments of up to 50 grams will cost €1.30 instead of 90 cents.

No amalgam for pregnant women and children

For pregnant women and children under the age of 15, dentists may only resort to dental fillings made of amalgam in absolute exceptional cases. Instead of using the mercury-containing substance, they must find alternatives, such as plastic fillings. Although amalgam fillings are considered safe, the EU still wants to reduce their use, pointing out that mercury is toxic even in small portions.

Starting this month, Germany-wide data from sperm donors and recipients will be gathered together in one database. The goal is to give children of sperm donors the possibility to understand their full biological origins. They should manage to achieve that in their lifetimes, as the data will be deleted after 110 years. 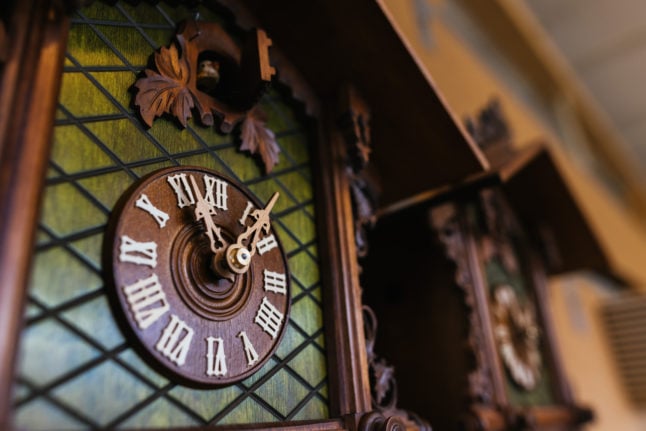 No more free rapid Covid tests for all

Taxpayer-funded Covid-19 rapid tests or Bürgertests are no longer free for everyone. Under the Health Ministry’s plans, the tests will cost €3, however, some groups of people will still get them for free.

As part of the government’s energy relief package, the Kinderbonus will be paid out to families in July. Each child entitled to child benefit will receive a one-time bonus of €100.

Due to inflation and rapidly rising food prices, recipients of social assistance benefits, Hartz-IV and asylum benefits will also get a cash boost in July. They will receive two payments of €100 each and their children €20 each.

A Covid test centre in Rostock. Rapid tests will no longer be free for all from July. Photo: picture alliance/dpa | Bernd Wüstneck

End of the EEG levy

The Russian war on Ukraine is causing energy prices to rocket upwards. To help people in Germany deal with the price hikes, the coalition government in Germany has decided to abolish the Renewable Energy Act (EEG) charge.

From July people in Germany will no longer have to pay the levy. However, It’s not clear whether this will really save consumers much money, due to energy costs going up significantly.

Increase in the minimum wage

As Chancellor Olaf Scholz of the Social Democrats promised before the German federal election last year, the minimum wage is being raised this year. It is to be gradually increased to €12 by October 2022. In January the minimum wage rose to €9.82, in July it will rise to €10.45. 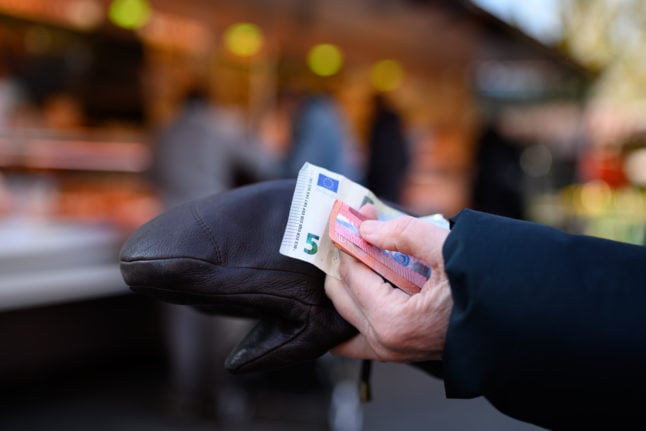 People who receive pensions in Germany will get more money from July. In the states that formerly comprised West Germany, pensions will rise by 5.35 percent, in the former East German states by 6.12 percent. The German pension insurance fund says it is one of the highest adjustments since the introduction of pension insurance.

More schools in German states are finishing up for the summer. After schools in North Rhine-Westphalia broke up in June, Schleswig-Holstein and Mecklenburg-Western Pomerania are next, followed by Hamburg, Berlin and Brandenburg on the Wednesday after (July 6th).

The southern states of Baden-Württemberg and Bavaria will be the last to go off on their school holidays – at the end of July and on August 1st respectively.

From July, a 25-cent deposit or Pfand will be charged on more plastic bottles and drink cans. Due to the amendment of the Packaging Act, bottled fruit drinks such as orange juice as well as mixed alcoholic beverages will have to be recycled in future. Under plans to extend the scheme further, milk is set to be charged a Pfand from 2024.

The regulation has been in effect since January 2022, but retailers were granted a transitional period until July 2022 to implement the change.

Get rid of old electrical appliances

From July, many large supermarkets and discount chains – including Aldi, Rewe and Edeka – will accept old electrical goods. People will be able to hand in products such as old mobile phones, electric razors, kettles and toasters free of charge. 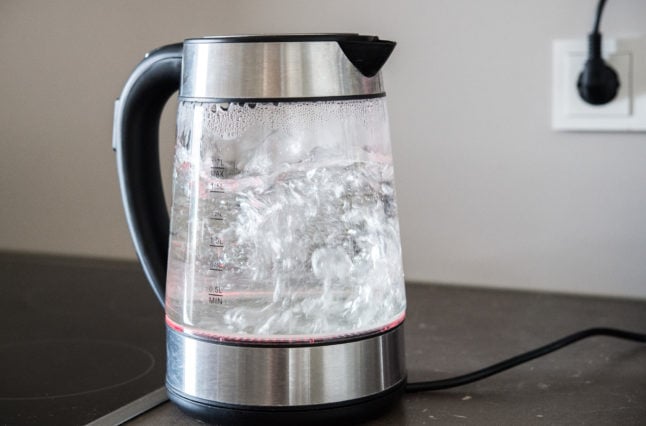 A kettle stands in a kitchen. Get rid of your old appliances at German supermarkets soon. Photo: picture alliance/dpa/dpa-tmn | Andrea Warnecke

German people born between 1953 and 1958 and who have a paper driving licence issued before 1999 have to exchange it for a digital one or face a warning fine. The deadline for the exchange was originally planned for January, but due to the pandemic, it was extended to July 19th.

The cost of the exchange is €25.50. To apply for the EU driving licence, a valid identity card, the old driving licence and a biometric passport photo is needed. There is no extra driving or health test involved.

At the start of 2022, tobacco tax was increased and the price of cigarettes went up. As of July, this also applies to shisha tobacco and liquids for e-cigarettes.

Since the beginning of the year, consumers in Germany have been able to terminate rolling contracts more easily. And people who have concluded a contract online should also be able to terminate it online in future under new laws.

From July onwards, firms have to include a cancellation button on websites where contracts can be concluded. If this is not the case, the consumer has the right to terminate the contract without notice.

READ ALSO: How Germany is making it easier to cancel contracts

Cost of sending packages goes up

Anyone who wants to send parcels or packages with DHL from July onwards will unfortunately have to dig further into their pockets. The rises apply to domestic and international shipments. DHL said the price hikes are because of the rise in transport, delivery and labour costs.

READ ALSO: What to know about German parcel delivery hikes

One last point – self-submitted tax returns in Germany were due to be sent to the tax office by the end of July. However, the deadline has been extended until the end of October, giving people more time.

READ ALSO: Why people in Germany have longer to do their tax return this year