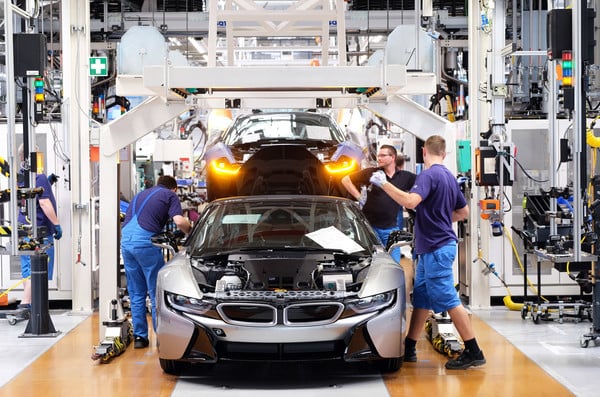 Photo: DPA
In Germany, BMW was down around two percent while Daimler and Volkswagen both dropped by more than one percent.
SEE ALSO: ‘End of the party’: how trade conflicts are already sapping the German economy
European auto stocks had already come under pressure in recent days on expectations that Trump would seek to hit the sector with tariffs in response to retaliatory tariffs by Brussels which kicked in on Friday.
Mercedes-Benz maker Daimler was the first among Germany's auto industry titans to lower its profit forecasts this week. High-end competitor BMW says it is following the international situation “more closely than ever”.
Elsewhere in Europe, Fiat Chrysler shares lost more than three percent in Milan while shares in French carmakers Renault — which does not sell cars in the US — and Peugeot were also weaker, but only marginally.