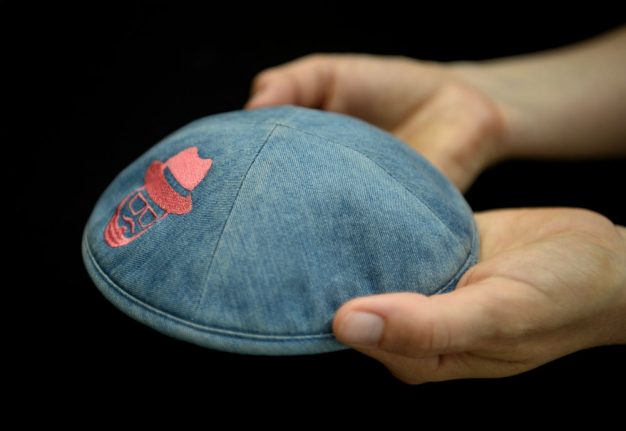 A video of the attack, filmed by the victim on his smartphone, sparked widespread public revulsion as it spread on social media, and later triggered large street rallies to show solidarity with Jews.

The defendant, a 19-year-old Palestinian from Syria, is charged with dangerous assault and hate speech in the trial that was to hear eight witnesses and could reach a verdict the same day.

The footage of the April 17th assault shows the attacker, one of a group of three, shouting “yahudi”, Jew in Arabic, before lashing out at the two men, leaving one injured.

“I'm sorry, it was a mistake”, the defendant told a Berlin court, while claiming the victim had insulted him first, reported news agency DPA.

“I didn't want to hit him, I only wanted to scare him,” he said in his testimony, which switched from halting German to Arabic.

“I had smoked some dope, my head was tired.”

Grievous bodily harm usually carries jail terms of three months to five years in Germany, but less under juvenile law which can be applied for defendants up to 20 years of age.

Bild daily has identified the belt attacker as Knaan al-S., who was registered at a refugee home in Brandenburg state outside Berlin but went on to live “out of a suitcase” in the capital.

The victim who shot the video, a 21-year-old student, later revealed that he is not Jewish but an Israeli Arab called Adam, who was walking at the time with a German-Moroccan friend aged 24.

Adam told public broadcaster Deutsche Welle that they had wanted to test whether wearing a kippa was safe in the fashionable inner Berlin district of Prenzlauer Berg.

He said he had uploaded the video “for the police, the German people and the world to see how terrible it is these days to walk through Berlin streets as a Jew”.

The attack was the latest to raise alarm bells about renewed anti-Semitism in Germany from both the far-right and a large influx of predominantly Muslim asylum seekers since 2015.

The Alternative for Germany party, which captured nearly 13 percent of the vote in September's general election, has broken a taboo by repeatedly challenging Germany's “remembrance culture” and atonement for the Nazi era.

Party member Bjoern Höcke has called Berlin's Holocaust memorial a “monument of shame”, and AfD co-leader Alexander Gauland described the Nazi period as little more than a “speck of bird shit in over 1,000 years of successful German history”.

The belt attack coincided with another public outcry, over a rap duo who made light of Nazi death camp prisoners but went on to win the music industry's sales-based Echo award, which was subsequently axed.

After the belt attack, the head of the Jewish community in Germany, Joseph Schuster, said that Jews should avoid wearing religious symbols in big cities due to a heightened risk of targeted attacks.

The advice earned him a rebuke from the Nazi-hunting Simon Wiesenthal Center and the European Jewish Association, whose head Rabbi Margolin argued that to not wear the kippa “fulfils the vision of anti-Semites in Europe”.

Days after the assault, some 2,000 people rallied at a “Berlin Wears Kippa” solidarity demonstration, matched by smaller events in Cologne, Potsdam, Magdeburg and Erfurt.

Chancellor Angela Merkel, in an interview with Israeli television, denounced the emergence of “another form of anti-Semitism” beyond that of right-wing extremist groups, from Muslim refugees.

She reaffirmed that the security of Jews and the state of Israel was a central concern for Germany because of its “eternal responsibility” for the Holocaust in which the Nazis murdered six million European Jews.