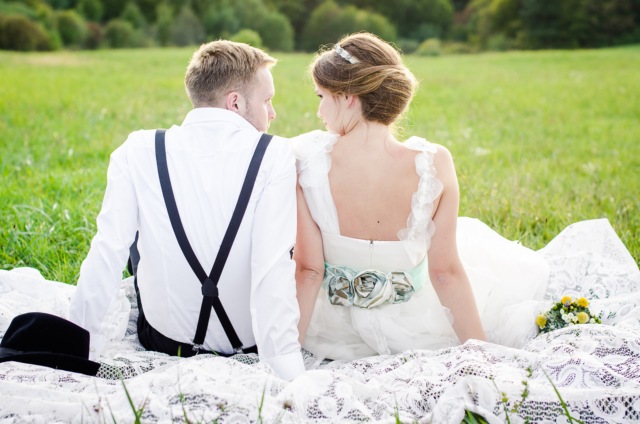 Currently in Switzerland when two people get married their incomes are combined and taxed jointly, meaning they can lose out compared to cohabiting couples who are taxed separately and therefore each have a tax-free allowance.

Though the Swiss Federal Supreme Court considers it unconstitutional for a married couple to pay more than ten percent of the amount they would have paid as an unmarried cohabiting couple, in practice many married couples do pay considerably more.

In 2016, the Swiss voted on a CVP initiative to scrap this penalty, but the initiative was narrowly rejected at the polls with 50.8 percent of voters turning it down.

Now, however, it has emerged information published by the government about the situation for married couples seriously underestimated the number of people affected.

At the time, 80,000 of Switzerland's total of around 1.5 million married couples were said to be subject to a tax penalty, while the number of couples who came out better off because they were married was reported to be 370,000.

But last Friday, the government came out and said figures showed the number of couples negatively affected by a tax penalty was actually a far higher 454,000 against 324,000 couples who enjoyed a marriage bonus, Swiss daily NZZ reported.

According to the tax department, which is the original source of the error, only couples without children had been included in the figures being used in the lead-up to the 2016 referendum. Couples with children had simply been left out of the picture.

The conservative CVP has responded angrily to the news with party president Gerhard Pfister saying the Swiss people had been lied to by the government, and that middle-class married couples had suffered as a result.

The party is now considering a legal appeal to the Federal Supreme Court, although no final decision has been made, Swiss daily Tages Anzeiger reported.

Pfister said it would then be up to the court to decide whether a possible new vote would go ahead.

If a second vote on the CVP initiative were to go ahead, however, the party would likely face the same obstacle it encountered in 2016. At the time, the Swiss government asked voters to reject the CVP initiative partly because of its “narrow definition of marriage” as being between a man and a woman.

The adoption of legislation based on the CVP proposal would create obstacles for any potential new law on the legalisation of gay marriage in Switzerland.

Meanwhile, the Swiss government in March unveiled its own plans to remove the current federal tax penalty on married couples to make things fairer and encourage more people into the workforce by removing tax penalties on second incomes.

The changes would create a tax shortfall of 1.15 billion francs a year but would mean 15,000 more full-time jobs in the medium term, the government said.