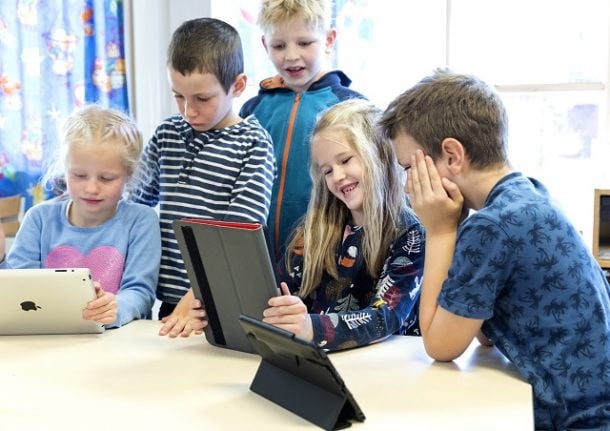 Nearly all Swedish households and companies currently have access to 3G and 4G networks, the 200-page OECD report stated, and Swedes are prolific internet users.

By 2020, 90 percent of all households are expected to have access to broadband at a speed of 100 Mb/s (Megabit per second), and already almost all of the country has access to speeds of 10 Mb/s, with the exception of just 1,000 households.

Swedes use more mobile data than residents of any of the other 35 member countries bar one (South Korea), and they have also apparently embraced the 'Internet of things' or connected home devices. Sweden came top in the OECD for the number of connected gadgets (such as lamps, cars, and kitchen applicances) per 100 inhabitants, showing not only a high level of use of technology, but also suggesting trust in these devices and networks.

READ ALSO: Microchips get under the skin of technophile Swedes

But the report also warned the Nordic nation of digital shortcomings and highlighted areas to improve.

One concern was improving access to high speed broadband in remote and rural areas. Nationwide, 68 percent of people have access to 100 Mb/s broadband, but the proportion falls to just 21 percent in the countryside.

Another issue was the importance of cyber security. The OECD noted that Sweden had recognized this as a concern in 2003, but it took until 2017 — after an embarrassing slip-up and national scandal — for a national digitalization strategy to be achieved at the highest level.

Today, authorities focus on protecting networks and infrastructure, but Sweden lacks clear guidelines on the responsibility companies and organizations have towards IT security, according to the report. It advised the country to improve coordination between security experts within national authorities and those with decision-making power in large companies.

READ ALSO: Security levels in Sweden are not keeping up with digitalization, Säpo warns

PARTNER CONTENT
Working from home? Have you considered your ‘tech blind spots’?
Url copied to clipboard!