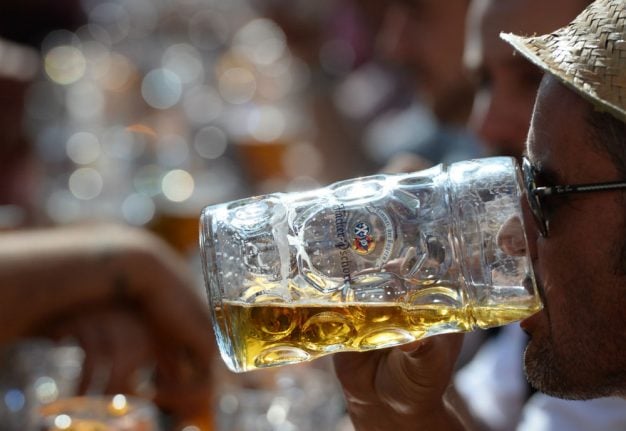 A visitor drinking a Maß at Oktoberfest. Photo: DPA

The main reason for the increase is the higher percentage lease that the beer tent owners have to pay to the city. The tax – which was only introduced last year to cover costs for increased security – has gone up by 53 percent, said beer tent spokesman Peter Inselkammer.

Meanwhile the average prices for non-alcoholic beverages at the world's largest Volksfest from September 22nd to October 7th will remain roughly the same as last year or maybe even decrease. This is because beer tent owners want to show that they are family friendly, said Inselkammer.

The beer served at the annual Munich event is brewed especially for the festival. It has more original gravity and a higher alcohol content than other pale beers.

SEE ALSO: Forget Oktoberfest. Here’s why you should visit Cannstatter Volksfest instead