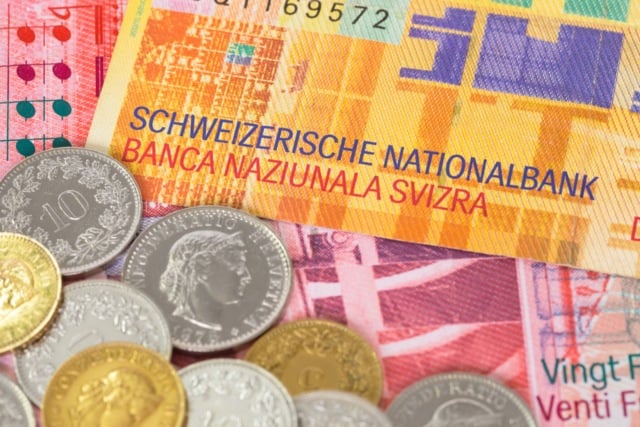 By holding the vote, Switzerland is shoring up its credentials as a laboratory for new political ideas. Back in 2016, for example, voters rejected a popular initiative that would have seen a universal basic income introduced in the country.

But the ‘sovereign money’ initiative – which supporters burned by the global financial crisis argue will seriously reduce the risk of a repeat run – is perhaps even more radical and is raising plenty of eyebrows at home and abroad.

Here we take a look at some of the key features of what everyone agrees is a highly complex proposal.

What is a ‘sovereign money’ system?

This is the question everyone has been asking in Switzerland (and elsewhere) in recent times, with the press full of primers and crash courses on how modern banking and money creation actually work.

A German-language ad for the Sovereign money initiative.

In simple terms, the Swiss National Bank (SNB) would be handed full control of creating all money, thus seriously clipping the wings of commercial banks.

How would the system work?

At present the SNB only creates legal tender in the form of banknotes and coins, which make up around 10 percent of all money in the system, according to the supporters of the ‘sovereign money’ initiative.

The rest of the money in the system is electronic or book money which is “created”, within a range of legal and commercial constraints, by commercial banks (for example, when they lend someone money to buy a house), and which is used for cash-free payments between accounts.

Banks only hold a percentage of the total money customers have on their accounts: a system known as fractional reserve banking.

But the supporters of the sovereign money initiative, which has its origins in ideas proposed by US economist Irving Fisher in the 1930s, say the money lent out by banks and held electronically in accounts is “fake” money and a liability as it is not guaranteed by the central bank.

Those supporters – a group that includes people across the political spectrum – want to introduce a system where only the SNB can create physical and electronic money, with other banks only able to lend out their own money or money they hold in savers’ accounts. Alternatively, they could borrow from other banks or the SNB.

The SNB would lend ‘debt-free’ money directly to the government or cantons or even private citizens.

What are the advantages of the system?

Supporters say the sovereign money would make the financial system more stable, protecting Switzerland against boom-and-bust cycles. Money held in deposit accounts would be also protected if a bank were to fail because it would be fully guaranteed by the central bank.

They note that while deposits won’t accrue interest, savers will still be able to put their money in other financial products offering interest.

What are the risks?

Opponents of the scheme – a group which includes the Swiss government, the parliament and the National Bank – argue it is a risky experiment that is largely unnecessary as Switzerland is unlikely to see a run on the banks.

Critically. they say it is one which would make lending complicated and choke the supply of credit to small and medium-sized enterprises, thus harming the country’s economic health.

I am impressed by the high level of the debate on #Vollgeld in Switzerland. Hope that we will someday have a debate like the following on Danish national television: https://t.co/upL1OaqpCr

The SNB also argues that sovereign money would do nothing to prevent future financial crises, which it says occur when risks are underestimated and price expectations of investments are exaggerated. The central bank says even under a sovereign money system, banks can “grant loans which are too risky, hold too few provisions for times of crisis and become insolvent if a bubble bursts”.

SNB president Thomas Jordan also argues that the idea of debt-free loans from the SNB is dangerous as it would threaten the political independence of the institution because it would have to lend more directly to the state.

Finally, the central bank would find its hands tied on monetary policy as it could not use interest rates as a means of influencing the credit market.

Will voters support the initiative at the polls?

This looks highly unlikely. A recent poll run for the Swiss Broadcasting Corporation showed 54 percent of people were either strongly against or against the sovereign money initiative, up from 49 percent in early May.

The poll also found 34 percent of people either strongly supported or supported the initiative, virtually unchanged from the figure of 35 percent registered earlier in May.