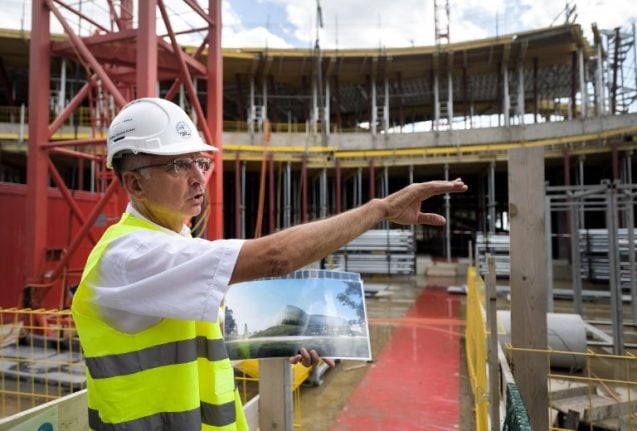 The country has come a very high fifth in the latest rankings compiled by Lausanne’s IMD business school, scoring well on indicators including the strength of its finance system and its strong institutional framework. So no great surprises there.

But now for the (slightly) cold shower. Despite coming fifth, Switzerland has actually fallen three places in the IMD list this year – a slightly bitter pill to swallow for a country that has been named the most competitive in the world a staggering nine times in a row in rival rankings put out by the World Economic Forum.

Read also: Here are the jobs that need filling in Switzerland

The results of the new IMD World Competitiveness Ranking show the same five countries topping the list as in 2017, although the US has now elbowed its way up to top place (from fourth last year), while Hong Kong has dropped into second spot. Singapore remains third while the Netherlands has moved from fifth – the spot now occupied by Switzerland – to fourth.

IMD compiles its rankings using 258 indicators with so-called hard data like employment and trade statistics weighted twice as heavily as soft sentiment data based on interviews with top managers.

In a media statement, IMD said Switzerland’s drop this year was “mainly due to a slowdown in exports and, to a lesser extent, an increase in perceptions about threats of relocation of its R&D facilities.”

A look at the stats shows the country is scoring well on infrastructure and education but ranks much lower when it comes to factors such as international investment (33rd place) and foreign trade, where it came 34th.

Meanwhile, top managers cited political stability, the high level of education and the presence of qualified staff as pull factors for Switzerland. But very few mentioned “government competence” or an “open and positive attitude” among Switzerland’s strengths.

IMD sees several challenges ahead for Switzerland in 2018 including reform of the corporate tax system and the need to stimulate competition in the domestic market.

In 2014, Switzerland’s international reputation took a hit when Swiss voters backed a popular initiative that would have seriously curbed immigration through quotas.

However, the Swiss parliament defied the results of that ballot. Unwilling to upset the country’s relationship with the European Union, MPs agreed to a ‘light’ solution that sees unemployed Swiss workers given preference over EU nationals for jobs in Switzerland.

Switzerland’s unemployment rate currently stands at 2.7 percent, while the country is experiencing a shortage of qualified workers.

Browse thousands of English-language roles in Switzerland on The Local Jobs.