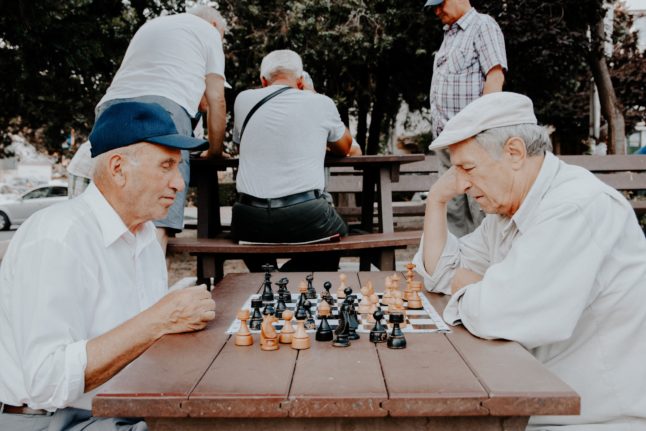 We’ve all heard the conventional notion that language learning ability decreases in adulthood, with the ease of picking up a second language dropping after the age of 18.

One study, conducted by Massachusetts Institute of Technology (MIT), furthermore stated that achieving native-level proficiency is only possible up to the age of 10.

Yet hope is far from lost for German learners even two – or three – times older than this so-called critical age, says German language teacher Felix Nolte. His immersion classes in Berlin include students of all ages, whether they are fresh out of high school or settling down into retirement.

Often it’s the older learners who are the most adept, Nolte says, as they possess an ability to heartily hone in on what they want and set realistic goals – not to mention the motivation to carry them to fruition.

For anyone who’s taken a German language class with other students at least half their age, he dispensed some tips – or nuggets of hope – that it’s never too late to learn the language of Goethe.

READ ALSO: The German language you need for summer in Austria

Juggling work and family life, older adults often have less time and energy than their younger peers. Yet at the same time, older language learners can be more focused and dedicated, says Nolte, a teacher at Anda Sprachschule in Berlin. They know precisely what their aim is, and have had more experience breaking down a big target into smaller steps.

One of Nolte’s students, a middle-aged man living and working in California, devoted all of his holidays to his intensive classes in Berlin – in addition to seeking out German classes back at home. His gumption and gusto led him to speak with fluency after a few years.

Another student, a retired woman from the UK, at first seemed to progress slower than younger students in Nolte’s 20-hour-per-week class. But, carefully following all of the exercises in their aptly titled Schritte (Steps) book, she soon advanced and excelled.

Older learners are often also better at planning, and tend to have more patience, knowing that any learning process will have roadblocks along the way, says Nolte.

While setting a language learning goal that’s a year away – such as progressing from the A1 to B2 level – may seem far away for a younger language learner, the time simply passes faster for older learners. “A year is different to a just plus-40 person than a just plus-20 person,” said Nolte. “Planning for a year is easier the older that you get.” 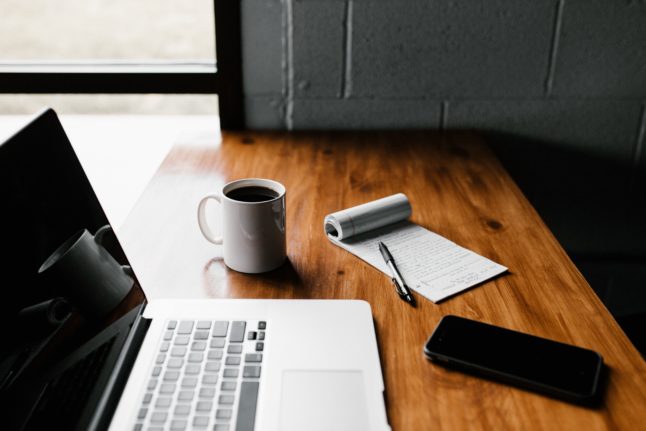 ‘But I’m too old for a WG’: Different ways of learning

Teens and young adults have many opportunities to master German, with a growing number of university programs in their home countries, and German-speaking countries like Austria.

German is furthermore the fourth most popular language studied by high school students in the US, and is the second most popular among those in the sciences, according to the Modern Language Association of America.

Many of those students embark on study abroad programs, immersing themselves in classes in – and about – the German language, and sometimes seek to live in a shared apartment or with a family where only German is spoken.

But many Studenten seeking to learn the language are past the point of earning a degree or snagging a spot in a German-speaking flat.

Daniel Mosseri is one such person. He moved to Germany from Italy with his wife and two children in 2012 at the age of 40.

Then an absolute Anfanger in the German language, he soon enrolled in classes, immersing himself in the difficult world of declinations and separable verbs. While the language at first seemed intimidating, his patience paid off.

“Learning German is like climbing two pyramids attached by their bases, you start from the tip and it always gets wider and more complicated,” said Mosseri, a journalist who now writes shorter articles in German.

But once a person has taken the tedious uphill journey with German, they can descend the next pyramid. “It seems difficult for at least the first year, then it slowly starts getting easier and easier,” he says.

READ ALSO: Ten German abbreviations that will have you texting like a true native

Most people have a so-called patchwork life, with several diverse experiences they can’t yet imagine fresh out of school. These parts of life also build the pool of words and phrases that come to mind in any given situation, an asset to older language learners, says Nolte.

Later in life, adults have already learned many concrete and abstract processes, and have a clear model of how to learn. Many have already picked up – or at least studied – another second language, which they can draw on for similarities that can’t be found in their mother tongue.

Slavic language speakers of all ages are quicker to pick up the case system in German – being familiar with using six or more of them – just as English native speakers might not think anything of sentences which use articles such as ‘a’ or ‘the’. But even the later group can easily learn a foreign concept like the case system if they find similarities, says Nolte.

English speakers are already familiar with prepositions, which aids them in learning cases such as the accusative and dative, he says. They simply picture an object being in a room, or something being on the table, and then learn to find the German grammar to match.

Research also demonstrates that those who are bilingual – even if they don’t begin learning a second language until middle age – are far less likely to develop Alzheimer’s than their monolingual peers. Even if a person does not become fluent, language learning exercises – similar to the impact of physical exercise on the body – keeps the brain fit.

The best time to learn?

In contrast to the MIT study, a paper by Trinity College Dublin linguistics professor David Singleton dismisses the “critical period hypothesis,” reviewing literature on the biology of the brain to argue that there is no relevant science to back the claim that a second language can best be acquired at any given time.

Whatever their age, Nolte urges language learners to “think of the long term before the short term,” and then break their German learning goal into manageable steps.

“Of course the earlier you start, the easier it is to pick up German,” says Mosseri, “but it’s possible for anyone.”

Why do I need to know Unter vier Augen?

Because when it comes to speaking your mind, it’s often best to do so in the right setting.

What’s more, you’re likely to hear this phrase anywhere from the office to reality TV shows, so it’s useful to know what it means.

Literally translated, Unter vier Augen means “under four eyes”. No, this isn’t a childish slur against people who wear glasses, but rather a way to describe a conversation where only two people are present – in other words, in private.

READ ALSO: How to remember the gender of German words

As you might imagine, the four eyes refers to the fact that what goes on will only be observed by two people (i.e. two sets of eyes) and nobody else. Think of the English phrase, “for your eyes only” or the French tête à tête‎.

It’s best used when you want to tell someone something in confidence, without anyone else present.

For example, you might want to have a one-to-one chat with a romantic interest to clarify your feelings, or your boss may want to have a private chat with you to talk about your performance at work. In this kind of situation, requesting a conversation unter vier Augen can signal your intention to have an open and honest chat.

READ ALSO: EXPLAINED: How to get free vouchers to learn German in Vienna

Of course, this being German, you can also turn this entire concept into a compound noun: das Vieraugengespräch, or private conversation.

He told me it in confidence.

May I speak with you in private?