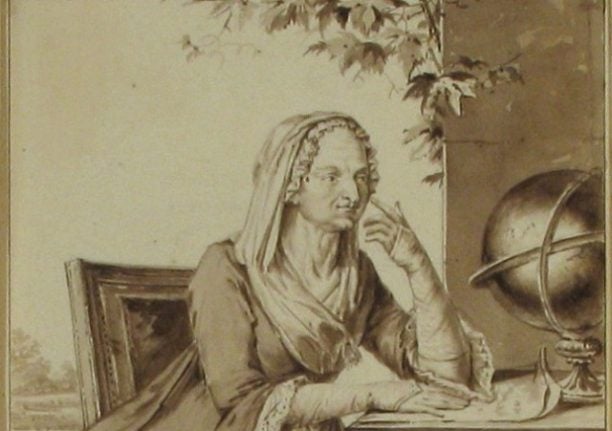 An image of Agnesi by Jean-Baptiste-François Bosio: Wikimedia Commons/Metropolitan Museum of Art

The outmoded gender stereotype that women lack mathematical ability suffered a major blow in 2014, when Maryam Mirzakhani became the first woman to receive the Fields Medal, math’s most prestigious award.

An equally important blow was struck by an Italian mathematician Maria Gaetana Agnesi, born 300 years ago this month. Agnesi was the first woman to write a mathematics textbook and to be appointed to a university chair in maths, yet her life was marked by paradox.

Though brilliant, rich and famous, she eventually opted for a life of poverty and service to the poor. Her remarkable story serves as a source for mathematical inspiration even today. Born on May 16th, 1718 in Milan, Agnesi was the eldest of her wealthy silk merchant father’s 21 children. By age 5 she could speak French, and by 11 she was known to Milanese society as the “seven-tongued orator” for her mastery of modern and classical languages. In part to give Agensi the best education possible, her father invited leading intellectuals of the day to the family’s home, where his daughter’s gifts shone.

When Agnesi was 9, she recited from memory a Latin oration, likely composed by one of her tutors. The oration decried the widespread prejudice against educating women in the arts and sciences, which had been grounded in the view that a life of managing a household would require no such learning. Agnesi presented a clear and convincing argument that women should be free to pursue any kind of knowledge available to men.

Agnesi eventually became tired of displaying her intellect and expressed a desire to enter a convent. When her father’s second wife died, however, she assumed responsibility for his household and the education of her many younger siblings.

Through this role, she recognized that teachers and students needed a comprehensive mathematics textbook to introduce Italian students to the many recent Enlightenment-era mathematical discoveries. Portrait of Maria Agnesi by an unknown artist. Wikimedia

Agnesi found a special appeal in mathematics. Most knowledge derived from experience, she believed, is fallible and open to dispute. From mathematics, however, come truths that are wholly certain, the contemplation of which brings particularly great joy. In writing her textbook, she was not only teaching a useful skill, but opening to her students the door to such contemplation.

Published in two volumes in 1748, Agnesi’s work was entitled the “Basic Principles of Analysis.” It was composed not in Latin, as was the custom for great mathematicians such as Newton and Euler, but Italian vernacular, to make it more accessible to students.

Hers represented one of the first textbooks in the relatively new field of calculus. It helped to shape the education of mathematics students for several generations that followed. Beyond Italy, contemporary scholars in Paris and Cambridge translated the textbook for use in their university classrooms.

Agnesi’s textbook was praised in 1749 by the French Academy: “It took much skill and sagacity to reduce to almost uniform methods discoveries scattered among the works of many mathematicians very different from each other. Order, clarity, and precision reign in all parts of this work. … We regard it as the most complete and best made treatise.”

READ ALSO: 12 statistics that show the state of gender equality in Italy today

In offering similarly fine words of praise, another contemporary mathematician, Jean-Etienne Montucla, also revealed some of the mathematical sexism that persists down to the present day. He wrote: “We cannot but behold with the greatest astonishment how a person of a sex that seems so little fitted to tread the thorny paths of these abstract sciences penetrates so deeply as she has done into all the branches of algebra.”

Agnesi dedicated the “Basic Principles” to Empress Maria Theresa of Austria, who acknowledged the favor with a letter of thanks and a diamond-bearing box and ring. Pope Benedict XIV praised the work and predicted that it would enhance the reputation of the Italians. He also appointed her to the chair of mathematics at the University of Bologna, though she never traveled there to accept it.

A life of service

A passionate advocate for the education of women and the poor, Agnesi believed that the natural sciences and math should play an important role in an educational curriculum. As a person of deep religious faith, however, she also believed that scientific and mathematical studies must be viewed in the larger context of God’s plan for creation.

When Maria’s father died in 1752, she was free to answer a religious calling and devote herself to her other great passion: service to the poor, sick and homeless. She began by founding a small hospital in her home. She eventually gave away her wealth, including the gifts she had received from the empress. When she died at age 80, she was buried in a pauper’s grave.

To this day, some mathematicians express surprise at Maria’s apparent turn from learning and mathematics to a religious vocation. To her, however, it made perfect sense. In her view, human beings are capable of both knowing and loving, and while it is important for the mind to marvel at many truths, it’s ultimately even more important for the heart to be moved by love.

“Man always acts to achieve goals; the goal of the Christian is the glory of God,” she wrote. “I hope my studies have brought glory to God, as there were useful to others, and derived from obedience, because that was my father’s will. Now I have found better ways and means to serve God, and to be useful to others.”

Though few remember Agnesi today, her pioneering role in the history of mathematics serves as an inspiring story of triumph over gender stereotypes. She helped to blaze a trail for women in math and science for generations to follow. Agnesi excelled at math, but she also loved it, perceiving in its mastery an opportunity to serve both her fellow human beings and a higher order. 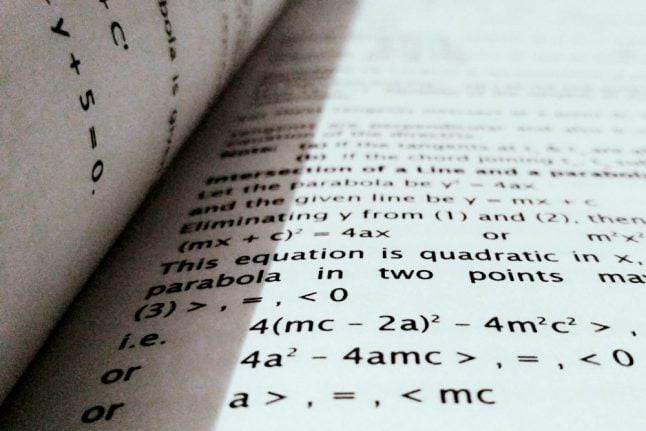 As many as 70 to 80 percent of students per year group must take supplementary courses in mathematics in order to keep up with classes, newspaper Berlingske reports.

“We have to screen them in the first week, and 70-80 percent first-year students’ maths skills are not good enough,” Leslie Christensen, a postdoc who teaches microeconomic courses at CBS, told the newspaper.

“They simply cannot understand an economics textbook because of the mathematics,” Christensen, added.

A total of 2,054 first-year students from the most recent year group failed a maths screening, according to the report. They were subsequently sent on courses on the first weekend after the start of study to brush up on their maths.

That was evidenced earlier this month in a Ministry of Education report on the level of Danish upper secondary school (gymnasium) students.

According to the report, students have generally become better at dealing with real-world issues but significantly worse at basic mathematics.

That has a knock-on effect for their first year at university, it also concluded.

But CBS management said that students are able to quickly catch up.

“The most important thing is that they acquire mathematical skills fairly quickly. This shows us that the students have great potential and are therefore the right students,” CBS Dean of Education Gregor Halff told Berlingske.

READ ALSO: The essential words and phrases that explain student life in Denmark