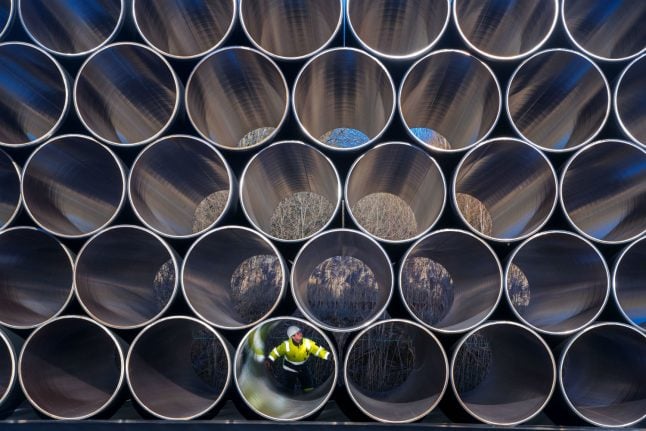 Preparatory work for the construction of a controversial Russian gas pipeline began off the German coast on Tuesday, just days ahead of a visit to Moscow by German chancellor Angela Merkel.

“Nord Stream 2 AG today started the offshore preparatory works for the subsequent pipe-laying in the Bay of Greifswald” on Germany's Baltic Sea coast, the building consortium, led by Russian gas giant Gazprom, said in a statement.

It said the work was in line with planning approval granted by German authorities, and that similar offshore work had begun off the coast of Finland where approval has also been granted.

The pipeline, Nord Stream 2, will follow the track of the existing Nord Stream 1 pipeline and will double the amount of Russian gas arriving in the European Union's most powerful economy via the Baltic Sea when it is finished in late 2019 to 110 billion cubic metres per year.

The pipeline has proved controversial, in particular in eastern European EU states, who fear it could be used as a tool to boost Russian influence over the bloc.

Moscow notoriously used gas prices to pressure Ukraine during a mounting conflict with its former satellite which saw Russia annex the Crimean peninsula in 2014 — prompting EU sanctions in response.

Nord Stream 2, by increasing Gazprom's capacity to deliver gas directly to  Germany, will give Moscow even more ability to route gas exports around Ukraine.

Transit of Russian gas through Ukraine has declined since the first NordStream pipeline opened in 2011.

Merkel unexpectedly threw German support for the pipeline into question last month when she said it could not go forward unless there were guarantees for Ukraine concerning current overland gas transit.

While Gazprom signalled its willingness to maintain transit of gas via Ukraine, it only offered lower volumes, prompting Ukraine to reject the offer.

Merkel is to travel to the southern Russian city of Sochi on Friday to meet President Vladimir Putin where gas transit is expected to be discussed.

In Russia, the project has been criticised on environmental grounds by  Greenpeace, which has called for the route to be changed to avoid the Kurgalsky wildlife preserve near Saint Petersburg.

It said on Tuesday work had been started “illegally” in the preserve, destroying dunes and wetlands, while also disturbing birds during the critical nesting season.