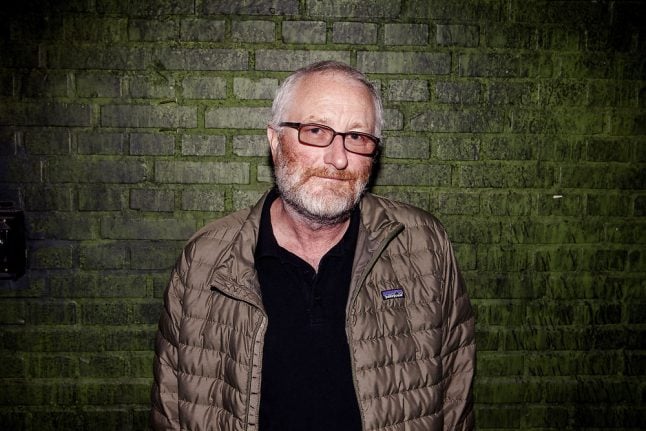 “I've always been a cheerful guy and I've been slapping the asses of guys and girls at the company for 20 years,” Peter Aalbæk Jensen told the Hollywood Reporter Thursday, adding he had never tried to have sex with any of the staff.

He had earlier told Politiken that he finds it “boring and petit bourgeois” to be no longer allowed to spank them.

His remarks came as von Trier — who has denied claims he sexually harassed Icelandic pop singer Björk on the set of his 2000 film “Dancer in the Dark” — is about to return to the Cannes festival after being banned in 2011 for saying he was a Nazi.

His new film, “The House That Jack Built”, about a serial killer who mostly targets women, stars Uma Thurman and Matt Dillon.

But the decision to readmit Von Trier has sparked feminist ire.

Screenwriter and Women and Hollywood activist Kate Muir accused the festival of being “wilfully blind” to the #MeToo movement when the “whole movie industry has looked hard at itself, and found much wanting.”

Danish authorities are investigating claims by nine women who worked at Zentropa, the Copenhagen studio founded by Von Trier and Aalbæk Jensen, that they were bullied, humiliated and sexually harassed.

Both men have cultivated an image of themselves as politically incorrect rebels who challenge culture's sacred cows.

Aalbæk Jensen has been ordered to not to spank interns or give them assignments under new rules adopted by Zentropa since the harassment inquiry began.

But the producer, who resigned as CEO in 2016 but still holds a major stake in the studio, said he was “never interested in Boy Scout rules”.

Asked by Politiken if former women employees had made legal complaints against him, he replied, “absolutely.”

“I know that I'm guilty and that I have been guilty for about 25 years, with my fondness for butt-slapping. And it was delightful until the second I was told to give it up,” he said

He also hinted that he would not stick by the new guidelines, saying he disobeyed company rules “about 30 times a day”.

Author Anne Mette Lundtofte, who spent a year inside the studio for her book “Zentropia”, said Von Trier and Aalbæk Jensen made employees strip and go skinny dipping with them as part of an “initiation process”.

“When you've stripped naked in front of Aalbæk Jensen and von Trier, you are accepted into the circle of the initiated,” she wrote.

Von Trier is notoriously demanding director, infamous for putting his actors through the wringer, with his breakthrough film, “Breaking the Waves” nicknamed “Breaking the Wives”.