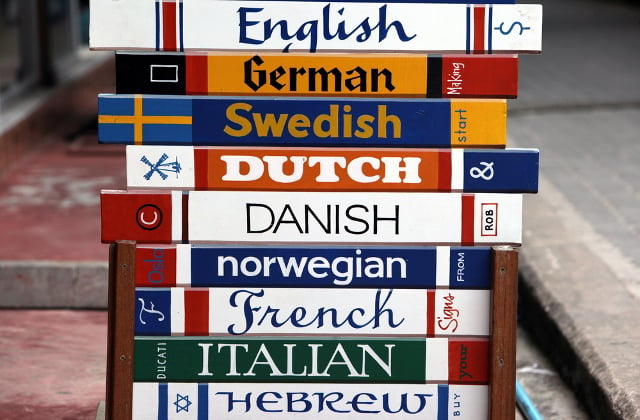 The Swedes say it (often). The expats who struggle to learn Swedish will say it too.

But it's simply not true.

In fact, Swedish, in theory at least, should be very easy to learn for English natives.

Now, I realize that this is a bit controversial, and I probably already sound like a know-it-all – so let's get some disclaimers out of the way.

I speak Swedish. I'd say fluently, even. And it took me a year to learn it to a decent level, which I realize is quite quick. But even today, seven years on, I'm not going to trick any Swedes into thinking I'm a native. I make mistakes left, right and centre. But I can hold my own in a conversation and that will do for fluency, if you ask me.

And one of the first things that Swedes say when they hear me (or I suppose any foreigner) speaking Swedish is: “Woah, you speak Swedish? But it's such a hard language to learn. It's meant to be one of the hardest languages to learn.”

Where the heck did this come from?

My theory is that there are so few English speakers who learn Swedish, and as a result, an English-speaking native who is speaking Swedish will always surprise a Swede.

But let's get one thing straight: Swedish isn't actually that tough.

According to the Foreign Service Institute (FSI), the US government's diplomatic training agency, Swedish ranks as one of the ten easiest languages for English speakers to learn. Others include Italian, Norwegian, Danish and Portuguese.

In fact, if you google “easiest languages to learn” then Swedish will time and time again come up as one of the top hits.

So, according to me, here's why Swedish isn't so hard to learn after all.

Swedish and English are family members

Swedish and English are both in the Germanic family tree (Swedish is north Germanic, English is west Germanic).

Essentially, this means the two languages have a similar sound (fairly similar vowel sounds, for example), and the sentence structures follow a similar order.

We could get really nerdy here, but in brief: the syntaxes are more or less exactly the same: subject is followed by a verb which is followed by object. For example: the man throws the ball (mannen kastar bollen).

The verbs are easy

Sure, there are tricky, irregular and annoying verbs in Swedish. But unlike in English (or worse, French), you don't need the verbs to conjugate. English: I talk, he talks. See how 'talk' became 'talks'? No such problems in Swedish: jag pratar, han pratar, de pratar etc.

You only need to learn three new letters

Imagine you're an English speaker setting out to learn Swedish. Guess what? You already know the alphabet. It's almost exactly the same. All you really need to do is add three new letters: å, ä and ö.

Now compare that with learning a Greek or Korean alphabet. Or perhaps harder still, learning Arabic where everything's written right to left to make matters even more complicated.

The Lexiophiles website has counted how many words are exactly the same in English and Swedish. Same meaning, same spelling (though sometimes slightly different pronunciation). And there's a whopping 1,558.

Words like absurd, accent, alligator, april… they're all exactly the same – and they're just a few of the As.

Add to this the fact that there are loads and loads of words that are essentially the same but spelled differently – like telephone and telefon. Or: “a cup of tea” is “en kopp te”.

It doesn't take a professor in linguistics (professor i lingvistik) to know the languages are more or less the same.

As Lexiophiles points out, there are only around 40,000 words in common use in Swedish, meaning you only need to learn 38,442 more and you're fluent…

And lastly, this is an unusual one, but bear with me. In Sweden, every internet page, every instruction manual, every museum – it all has the optional English translation. While this is an easy shortcut to avoiding Swedish altogether – it's also a very handy cross reference point for those trying to get a handle on Swedish. Try it in Swedish first, then check the English translation provided to make sure you're right.

In France, where I've spent the past three years, you'd be extremely lucky to find anything in English, because the French are very protective of their language and don't want to budge an inch for the English. As a result, French learners are often left scrambling for help or for a dictionary to understand why all the trains are cancelled.

No such problems in Swedish. You can even call the tax office, bus stop or doctor and simply ask if they'll speak English for you.

Now, the only real challenge is trying to get Swedes to actually respond to you in Swedish when trying to start a conversation in their language.

Oliver Gee has worked for The Local Sweden and The Local France. He currently hosts The Earful Tower podcast in Paris. Follow him on Twitter here. 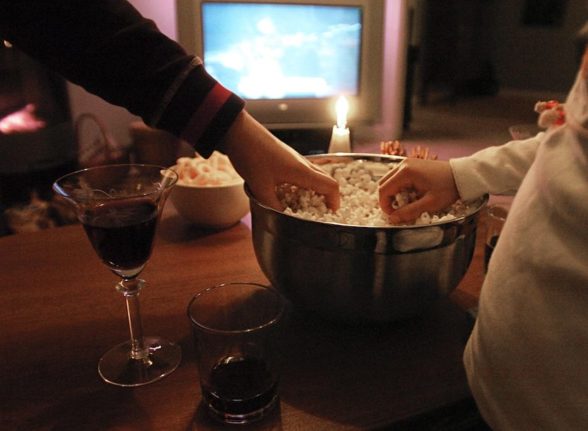 It is around six years since the Danish word hygge entered many of our languages. Hygge, pronounced hue-guh and generally translated as the art of cosiness, exploded almost overnight to become a global lifestyle phenomenon.

Hygge dovetailed with mindfulness and fed into other popular trends such as healthy eating, and even adult colouring books. “The Little Book of Hygge” became a publishing sensation and has been translated into 15 languages. In time for Christmas, its author has just issued a second book, “My Hygge Home”, one of dozens already on the market. This is the season of peak hygge, of candles, log fires, cups of cocoa and comforting music.

There is nothing wrong with new ways to relax, and certainly no harm in identifying them with Scandinavia. But as a guide to living your life, there are some problems with hygge.

First, the original meaning of the word is too broad and subtle to enable a clear grasp of the concept among non-Danes. This probably helps to explain its appeal – hygge is an empty bottle into which you can pour whatever liquid you like.

Patrick Kingsley, who wrote a book about Denmark several years before the hygge hype, was “surprised to hear people describe all sorts of things” as hygge. Danes, he said, would use the word when talking about a bicycle, a table, or even an afternoon stroll.

So it is hardly surprising that, outside Denmark, hygge is applied rather indiscriminately. Last week the New York Times devoted an entire article to achieving hygge while riding the city’s subway, of all places. “A train, after all, is basically a large sled that travels underground, in the dark,” it said, trying too hard to find a hint of Nordicness on the overcrowded railway.

Hygge has become an exotic and mysterious word to describe more or less anything you want. It is as if someone decided that the English word “nice” had a magical meaning that contained the secret to true happiness, and then the whole non-English speaking world made great efforts to achieve the perfect feeling of “nice”.

A second problem with hygge is that, in Denmark itself, it seems to operate like a badge of Danishness that can only be enjoyed by Danes themselves – a kind of cultural border that outsiders cannot cross. You can walk down a Danish street in the dark, one journalist was told, look through the windows and spot who is Danish and who is foreign just by whether their lighting is hygge or not.

When writer Helen Russell spent a year in Denmark, she was intrigued by hygge and asked a lifestyle coach about it. “It’s hard to explain, it’s just something that all Danes know about,” she was told. How could an immigrant to Denmark get properly hygge, Russell asked? “You can’t. It’s impossible,” was the unhelpful reply. It can’t be a coincidence that the far-right Danish Peoples Party has put a clear emphasis on hygge, as if immigration is a threat to hygge and therefore to Danishness itself.

Outside Denmark, this exclusivity has taken on another aspect: where are all the children? Where amid the hygge hype are the bits of lego on the floor, the mess of discarded clothes, toys and half-eaten food, the bleeping iPads and noisy TVs? “Hygge is about a charmed existence in which children are sinisterly absent,” noted the design critic for the Financial Times. It’s as if the Pied Piper of hygge has spirited them away so you can get truly cosy.

But there is a bigger problem with hygge. It is largely an invention, the work of some clever marketing executives. After spotting a feature about hygge on the BBC website, two of London’s biggest publishers realised this was “a perfect distillation of popular lifestyle obsessions”. They set out to find people who could write books for them on the subject, and so two bestsellers were born, spawning a host of imitations.

Sweden has a different word that means roughly the same thing: mys (the noun) and mysig (the adjective). There have even been some half-hearted attempts to sell mys to a foreign audience in the same way as hygge. But the real meaning of mys in Swedish society is rather different, it seems to me. The reason for this, I think, is that mys has become so firmly identified with Friday nights, or fredagsmys – the “Friday cosy”.

Fredagsmys is a collective sigh of relief that the working / school week is over, and now it is time for the whole family to come together in front of some trashy TV with a plate of easy finger-food. The word first appeared in the 1990s, entered the dictionary in 2006, and became a semi-official national anthem three years later with this joyous ad for potato crisps:

In this portrayal, mys is radically different to hygge. It is a celebration of the ordinary, witty and multi-cultural, featuring green-haired goths and a mixed-race family with small children. Food is central to fredagsmys, and what is the typical food of choice? Mexican, of course! Not a herring in sight.

Why Mexican? It seems nobody is really sure, but tacofredag now has roots in Swedish society. Tacos, tortillas, and all the accompanying spices and sauces take up a whole aisle of the typical Swedish supermarket. Swedes are accustomed to eating bread with various bits and pieces on top, according to a specialist in Swedish food culture, while the Swedish tradition of smörgåsbord (open sandwiches) makes a buffet meal seem natural. The fussiness of tacos is even reminiscent of a kräftskiva crayfish party.

There is no cultural exclusivity here. On the contrary, fredagsmys food could equally be Italian, North American, Middle-Eastern, British or French. And children are absolutely central to a good Friday cosy.

With Swedish mys, everybody is welcome. Get cosy and relax, but do it by mixing and getting messy, rather than retreating into pure, perfect, rarified isolation. There is a time and a place for hygge. But the Swedish version is more real, more fun, and more inclusive.

David Crouch is the author of Almost Perfekt: How Sweden Works and What Can We Learn From It. He is a freelance journalist and a lecturer in journalism at Gothenburg University