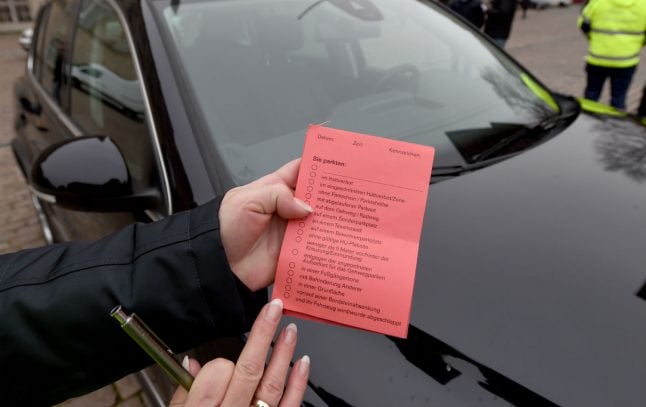 Such drivers need to be “carefully sanctioned” in order to create a “necessary deterring effect,” according to a draft resolution at the two-day Conference for Transport Ministers on Thursday in Nuremberg. The working document did not specify concrete fines.

The ministers want to ensure that heavier fines are levied not only on dangerous traffic violations, but also parking violators. Such parkers also pose a risk, they say, because they often block bike lanes, intersections or emergency parking spots.

The proposal is supported by all the German states, according to information acquired by German news agency DPA. The country’s police unions have long advocated for heavier traffic fines, with a fee based on how dangerous the activity is assessed to be.

Police set up not-previously revealed checkpoints across Germany on Wednesday, with some states catching thousands of speeders across the course of the day.

“At the international level, we are pushing for stricter regulations, for example, that emergency brake assistants must not be shut down,” Scheuer said.

The two parties also called for mandatory “turn-off assistants,” which are supposed to compensate for treacherous blind spots in lorries and buses. The systems can emit warning signals or brake automatically when they detect a pedestrian or cyclist in the way.

The Green party called on Scheuer to “immediately put into force a national rule until an EU-wide decision comes into effect,” stating that more than 40 percent of truck accidents could be prevented and 553 lives across the EU saved per year.

Next Wednesday, the issue will be discussed in the Bundestag (German parliament).

READ ALSO: What you need to know about German driving licences 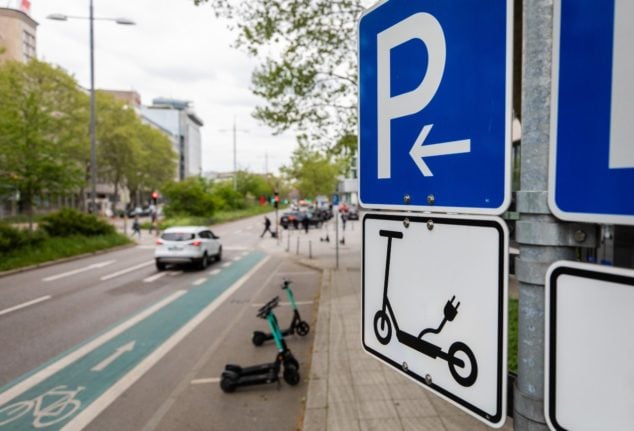 Germany’s Supreme Court (BGH) issued a new ruling on Thursday that could change the conventions for driving in car parks.

On ordinary roads, the so-called “right before left” rule applies whenever there are no police officers or road signs dictating the right of way. That means that at a junction or intersection, whoever comes from the right has the right of way, assuming there are no traffic lights or signs.

Many people assume that a “right before left” rule also applies in a parking lot when there’s no explicit right of way – but the BGH has ruled that this isn’t the case.

Supreme Court judges said that, in most cases, “the motorist coming from the right – erroneously – considers himself to have the right of way” when driving in car parks. However, there is no reason to “privilege” the driver simply because of the direction they are travelling in, the ruling states.

READ ALSO: Which German cities are the worst for traffic?

The issue was brought to the BGH after two motorists in Lübeck had an accident in the car park of a hardware shop. Due a parked lorry, the motorists didn’t see each other in time and ended up in a collision.

However, the plaintiff argued that he wasn’t liable for any damages since he had been coming from the right and the other motorist should have given way. The Supreme Court rejected this argument.

How will the rules change?

Ultimately, it means that drivers should use common sense and consideration to decide which car has the right of way in a given situation.

According to the Supreme Court judges, this is a safer way to organise traffic in car parks than assuming that “right before left” always applies.

The court also noted that there’s no special regulation that defines the right of way in car parks. This means that “right before left” should only be used in parts of the car park where the lanes are “primarily used for access and exit and thus for flowing traffic”.

This wouldn’t apply in most cases, though, since these lanes are usually for loading and unloading or manoeuvring.

That means that in general, there’s no obligation for the driver who comes from the left to give way. Instead, drivers should decide this amongst themselves and show consideration to their fellow car-users when driving in parking lots.

READ ALSO: REVEALED: The key traffic violations and fines to know about in Germany

What happened to the Lübeck drivers?

The two drivers from Lübeck now have to split the cost of the damage, with one driver 70 percent and the other driver paying 30.

One of the two had filed a lawsuit against the other’s liability insurance, which had based its payment on a 50/50 liability. He was partially successful before the Lübeck District Court, which hiked the other party’s liability to 70 percent.

The Lübeck Regional Court didn’t award him more on appeal: it found that the other driver had been driving too fast but did not accept the argument that the other party had come from the left and therefore had to give way.

DRIVING
Driving in Europe: What are the Covid rules and checks at road borders?
Url copied to clipboard!