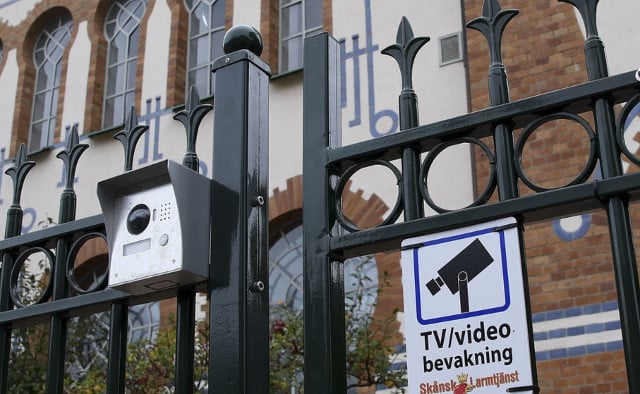 In mid-December two teenagers turned up at a Jewish Community of Malmö (Judiska Församlingen) building saying they were looking for Jews and would come back with bombs, Rabbi Moshe-David HaCohen explained to Sveriges Radio.

The threat came a day after an attempted arson attack against a Jewish chapel in the city, which itself followed a protest where chants calling for violence against Jews were heard.

MORE FROM THE LOCAL ON ANTI-SEMITISM IN SWEDEN: The threat to bomb the Jewish Community's building was reported to police and covered by Swedish media, which caught the attention of a teacher in a nearby school. He had previously overheard junior secondary school students talking about the Jewish Community, so the school started to investigate and then contacted the police.

That led to the Jewish Community receiving an apology from the two youths responsible. The head teacher took them to the building and watched as they owned up.

“For me it's a sign that there's something to work with. It made me very glad,” HaCohen told Sveriges Radio, but added that what they did is part of a bigger problem with anti-Semitic rhetoric, and the way they did not initially understand how serious their actions were reflects that.

There are now plans for the rabbi to be invited to the school and speak about Judaism to students. As the boys are under the age of criminal responsibility, police handed the case over to social services.