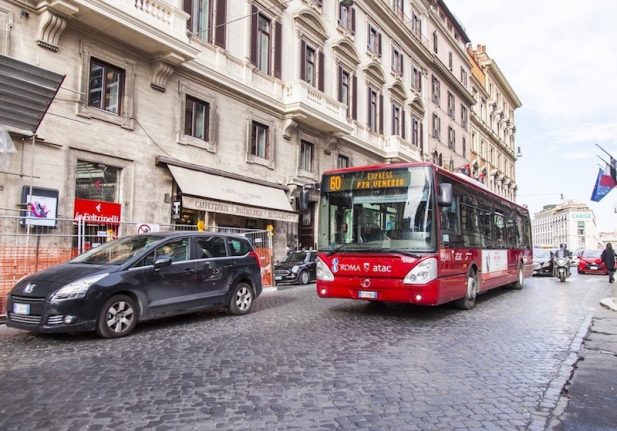 One of Rome's public buses (not this one) has gone up in flames, again. Photo: bellena/DepositPhotos

In the latest incident, a number 409 bus caught fire early on Friday morning as it was driving on the Via di Portonaccio, in the east of the capital.

No passengers were onboard at the time and the driver was unharmed. Having spotted smoke coming from one of the windows, he pulled over and called firefighters, who were able to put out the blaze.

Photos showed the bus, which according to reports was around five years old, completely gutted by the flames.

Atac said it had opened “an internal inquiry to establish the cause of the incident”.

It is Rome's seventh bus fire of 2018, with blazes breaking out on buses operating both in the suburbs and the centre of the city. March alone saw two buses damaged, with one number 03 hastily evacuated of its passengers before flames destroyed the vehicle.

No one has been reported injured in any of the fires, which are common enough to have their own nickname among Romans: “flambus”, a reference to Trambus, as Atac was formerly known.

2017's record is even worse, with as many as four bus fires in a single month. A total of 22 incidents were reported last year.

Previous internal inquiries have evidently failed to stop the problem, which drivers' unions put down to an ageing fleet of buses and lack of maintenance.

The regional secretary of the Faisa-Confail union, which has called strikes over the issue in the past, told RomaToday that “it's not safe with Atac”.

“By this point drivers can only pray that nothing happens, and we don't even want to think about what will happen when it starts getting warmer,” Claudio De Francesco said after the first of March's fires.

Rome's transport woes are well-documented, from regular delays and overcrowding to more extreme issues including ceiling collapses at Metro stations and train doors failing to close. The chaos is exacerbated by regular strike action.

READ ALSO: The ten things you need to know before moving to Rome