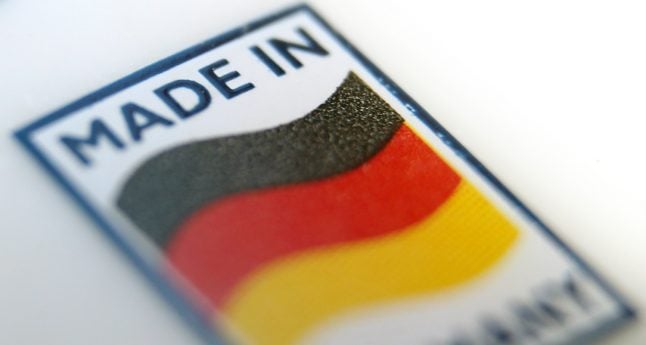 The "Made in Germany" brand is one of many reasons why international startups choose Germany. Photo: DPA

Why they decided to start a business in Germany

The road to Hamburg for British expat Mo Siddiqui, creator of consulting company Aactio GmbH, was clear from his first visit to the city. “I fell in love with Hamburg and its people – they are so friendly and open,” he says.

While Siddiqui knew that he wanted Hamburg to be his future home, his decision to start his first business in Germany came after years of selling wind turbines in Copenhagen. After seeing the way his former company was working, he came to one conclusion: “I knew I could do it better.”

Entrepreneur Aazar Ali Shad, co-founder of compliance software firm ECOMPLY GmbH (ECOMPLY.io), began his journey to starting a German startup as a student at the Technical University of Munich (TUM).  Originally from Pakistan, Shad believes that there is no better place to be a business starter. “I chose Germany because Germany is the startup hub in the world.”

As for his choice of Munich as a home base, Shad wanted to take advantage of the Bavarian tradition of work and play. “A traditional work culture can be toxic to creativity, so we appreciate the work-life balance that exists in Munich,” he explains.

For American business owner Matt Irons, founder of the medical manufacturing company Alpha Zukunft GmbH, the choice of Freiburg had everything to do with the location of his clients. “Germany is the centre of the medical device industry in Europe,” Irons noted. “For all of those sales, about 80% occur in Baden Württemberg. For me, Freiburg was the perfect place to set up shop.”

'Everyone just assumed I would fail'

There are many obstacles that stand in the way of starting a business in Germany, particularly if you are a non-German. Not the least of those is the language barrier.

“I moved to Germany without knowing a word of German,” said Siddiqui, who explained how culture shock gave him trouble when he started up three years ago. “People thought I was a Brit looking to escape, and everyone just assumed that I would fail.”

Iron, who has been learning German for three years, also noted that learning and speaking German was an essential part for him in getting his business off the ground. “Starting electric services, getting an internet connection, navigating all the day-to-day aspects of getting a business started – those can all be really hard without German language skills.”

Shad proposed a possible solution to this language problem: German coworkers. “My co-founder is German, and it really helped us be able to get through the German system in a better way.” 'If I knew then what I know now, I might not have done it'

When asked to name the biggest stumbling block for foreigners starting tech companies in Germany, all three of our business-starters agreed: German bureaucracy.

“The bureaucracy around getting the right to start your own business in Germany can be hard to manage,” said Siddiqui. From knowing which documents have to be submitted, to creating a German bank account, nothing is easy within the German bureaucratic system for startup newcomers.

“I am still waiting to get my VAT tax number to allow me to start fully running my business”, admitted Iron, who already overstayed his original visa period and was forced to apply for an extension. His wait-time to receive this document has already taken three and a half months.

His notion of slow moving bureaucracy in German is by no means an outlier: Shad waited two months for his company tax ID number, as did Siddiqui

For Siddiqui, it took more than two months to even be allowed to send out his first invoice for labour. “This nearly bankrupted my business at the time, and led to a lot of sleepless nights on my part”, he said. “If I knew then what I know now, I might not have done it all. But thankfully, I am a pretty stubborn guy.”

With all of these obstacles facing international entrepreneurs in Germany, why do so many chose to call the country home? As Iron put it, “because the benefits greatly outweigh the costs.”

All three of our business starters agreed that one of the biggest benefits to founding in Germany is the support of the German city governments.

“There are so many organisations and politicians in Hamburg that have gotten behind our business,” said Siddiqui, referring largely to local startup institutions like Hamburg Invest and city-led initiatives for aiding startups. Similar structures exist in other cities across Germany, including Munich, Freiburg, Frankfurt and Berlin.

Shad explained that the German federal government also gives a huge incentive to would-be startups: money. “State funding is prevalent in Germany and allows us to have a cushion of time where we can do what we love without worrying about the money.”

Government funding opportunities for new startups are all part of Germany’s initiative to boost the economy through innovative thinking. The German Federal Ministry for Economic Affairs and Energy, for example, awarded Shad’s company an Exist grant- this gives his business a year’s worth of funding to allow him to build it up “without having to worry right away about equity.”

Shad, whose business is housed on the TUM campus, also highlighted the German university system as providing open arms for the international startup community.

“I highly recommend talking to the universities in your area, because often they have the structure and resources people need to get their businesses off the ground,” he said. The most advantageous aspect of building a startup in Germany, however, may be the fact that you get to be “German.”

“Germany has its own brand and it’s very strong,” said Siddiqui, who often travels throughout Europe to gain clientele. “Being able to say that your company is German does a lot to boost your company because people trust the ‘Made in Germany’ brand.”

According to our three interviewees, the fact that they are not themselves German does not detract from the idea that German companies are inherently trustworthy.

Siddiqui added that other countries, “want to be associated with Germany” because it is one of the more respected countries for business.

Having already walked-the-walk, we asked our our three expat startup-ers what advice they would give to fellow internationals who would like to call Germany their startup home.

To Iron, the key is to use the resources provided by Germany to overcome the massive amounts of bureaucratic hassle. “You need to go to the Ausländerbehörde (Immigration office) and the Federal Office for Migration and Refugees,” said Iron, who used many of the office’s online resources as he planned his move to Germany. “There are so many people who are willing to help you succeed here, you just have to ask.”

For Shad, his best advice is to get know some Germans. “You just need one German friend to make the process a whole lot easier – one person to bring with you to appointments, to read your documents – that can go a long way. For me, that person was my German co-founder.”

“My advice: be strong, be focused,” said Siddiqui in Hamburg, who believes that the key to making it in the German startup scene is to never take no for an answer. “Make a network in the international startup community. And most of all, you need to believe in your idea, because without you no one else will.”

READ MORE: Germany is top for Entrepreneurship in 2018 Ranking The pandemic turned our lives upside down. As well as having to isolate and be apart from family members, many people found themselves in need of a new job or decided they want a change in career.

If you’re in Germany or thinking of moving here, job searching is of course easier with German language skills. But many people haven’t had the chance to learn German – or their German isn’t fluent enough to work in a German-only environment.

So how easy is it to find a job in Germany as an English speaker?

“The surprising thing about this pandemic is that demand for skilled labour actually got even stronger,” Pyak told The Local.

“Instead of companies being careful, they’ve hired even more than they did before. And the one thing that happened during the pandemic that didn’t happen in the last 10 years I’ve observed the job market was that the number of English offers quadrupled.”

READ ALSO: How to boost your career chances in Germany

“This happened in the second half of 2021. This is a really positive development that companies are more willing than they used to be. That said it’s still only four percent.”

Pyak said he’s seen a spike in demand for data scientists and analysts as well as project managers.

So there are some jobs available, but can foreigners do anything else?

Pyak advises non-Germans to sell themselves in a different way than they may be used to.

A woman works on her CV in Germany. Photo: picture alliance/dpa/dpa-tmn | Christin Klose

“In your home country you have a network, you have a company you used to work for that people know,” said Pyak. “This might be partly the case in Germany if you worked for an international company. But for most employers you are a blank sheet of paper, they know nothing about you. So unfortunately if they don’t know you or your country, they will assume you are worse (at the job) than Germans. It’s completely unjustified but it’s just how people are.

“Get the employer to see you as the individual person you are, the professional you are. This requires that you have a conversation with somebody inside the company, ideally the decision maker, meaning the hiring manager or someone in this team.”

“Don’t think of me as a foreigner, think of me as ‘Mark who has been working in IT for 15 years’,” said Pyak. “Don’t read the job advert (to the manager), ask them what his or her biggest worry is and why is that important? And then dig deeper and offer solutions based on your work experience. Share actual examples where you proved that you can solve this problem.”

READ ALSO: 7 factors that can affect how much you’re getting paid

Pyak says foreigners in Germany can convince managers that they are right for the job – even if their German isn’t great.

“What I advise clients at the beginning of the interview is to ask very politely if you can ask them (managers) a question. And this question should be: how will you know that I’m successful in this job, what is the most important problem I need to solve for you in order to make myself valuable? And then ask why this problem is so important. And the answer to that achieves a million things for you – first of all you’ve established a measurement by which you should be measured.

“Then when you get into detailed discussion you can always tie your answer back to the question you can solve, which usually makes up 70 or 80 percent of the job. If you can solve this problem then what does it matter if you do the job in German or English?”

So in answer to our original question – it seems that getting an English-speaking job in Germany can’t be described as easy but it is very possible especially if you have the skills in your chosen field. Plus there are ways to increase your chances. Good luck!