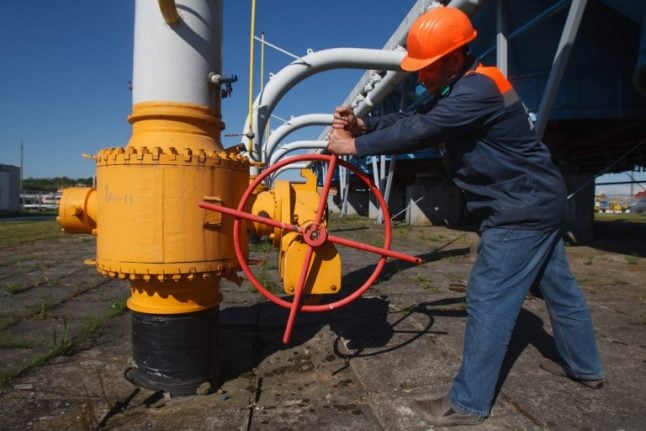 An employee at the Bilche-Volytsko-Uherske underground gas storage facility, the largest in Europe, near the village of Bilche, Ukraine in 2014.

Planned to be in use by 2020, the pipeline is meant to link Finland to the EU's common energy market while also reducing its dependence on gas imports from powerful neighbour Russia, currently its only gas supplier.

The overall cost of the project is around €300 million ($370 million), with €206 million provided by the European Union.

The Baltic states' heavy dependence on Russian gas was partly reduced in January 2015, when Lithuania broke the Russian monopoly on gas deliveries by launching its first floating LNG terminal in the port of Klaipeda.

Russia's 2014 annexation of Ukraine's Crimean peninsula prompted the EU to speed up its plans to cut dependence on Russian gas.

But the goal is undermined by German plans for a second pipeline, Nord Stream 2, to carry more Russian gas to Central Europe under the Baltic Sea.

Preliminary work on the Balticconnector is to start this summer and the pipeline will be laid down on the seabed in the summer of 2019.

The submarine section of the two-way pipeline running through the Gulf of Finland will be 77 kilometres long.

The project also includes building two onshore pipelines – in Estonia and Finland – and a compression and metering station in each country.