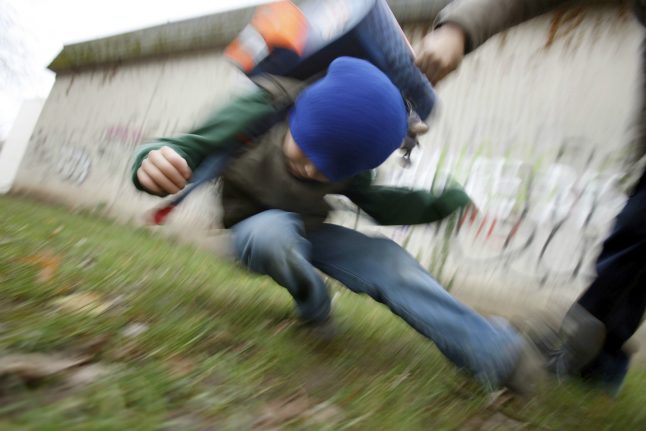 A girl at the Paul-Simmel-Grundschule was reportedly told she deserved to be beaten and killed by a schoolmate when she admitted to being Jewish, her father told the Berliner Zeitung on Saturday.

“Our daughter was accosted by Muslim students because she does not believe in Allah”, he claimed.

According to the father, the young girl was asked last week by a fellow classmate if she was a Jew. When she affirmed, the student began to repeatedly chant “Jew” in a threatening tone.

This was not the first time the young girl been threatened in her school because of her background, her father said.

“We, as parents, were scolded by one of her classmates because we did not educate our daughter in the belief of Allah,” the man, who wished to remain anonymous, claimed.

Josef Schuster, head of the Central Council of Jews in Germany, said on Tuesday that, given Germany's history with anti-Semitism, it is of the utmost importance that Germany protect its Jewish students from harm.

He told der Tagesspiegel, “if Jewish students can no longer go to school without fear of anti-Semitic abuse, there's something wrong in this country”.

Germany’s new Foreign Minister Heiko Maas (SPD), who is currently on a state visit to Israel, also spoke out against the incident.

“When a child is threatened by anti-Semitism, it is both a shame and unbearable. We must stand against every form of anti-Semitism”, Maas told Bild on Sunday.

This is not the first time that religion was cited as a reason for bullying in Berlin schools in recent months. Bild reported in December last year on an incident at the Ernst-Reuter Schule in the Berlin neighbourhood of Gesundbrunnen, where a Jewish high school student also received death threats for having a Jewish background.

The newspaper also reported a similar incident last April, when a Jewish student was forced to change schools after his classmates threatened him with a toy gun.

The head of Berlin's association of school administrators, Astrid-Sabine Busse, said she doubted that religious bullying was prevalent among pupils.

“We don't often hear about these types of anti-Semitic incidents,” she told Tagesspiegel.

The German Police Union (DPolG) though, demanded nationwide statistics for such incidents.

“We need a ‘Federal Situation Report on Violence in Schools’. Within this report, all cases of verbal, physical and armed violence should be recorded,” DPoIG Chairman Rainer Wendt to Bild.

The number of anti-Jewish attacks in schools have to be correctly recorded, Wendt said, in order to assure that the true scale of the problem is understood. “This is the only way we can be clear about the actual number of cases”.

Schuster, told German broadcaster ZDF that he backed the proposal by the Police Union. He said he wanted teachers and students to have a way to report “anti-Semitic or other acts of violence without bureaucratic hurdles, in order to get a clearer picture of what is going on”.

Marina Chernivsky, the head of a federal anti-Semitic watchdog in Berlin, told DPA that the problem could not just be blamed on Muslim newcomers. But at the same time, she said, “we have to acknowledge that a lot of these people experience a religious and political socialisation in their home countries in which anti-Semitic and anti-Israeli attitudes are influential.”

READ MORE: Let's be careful before we talk about rising anti-Semitism in Germany