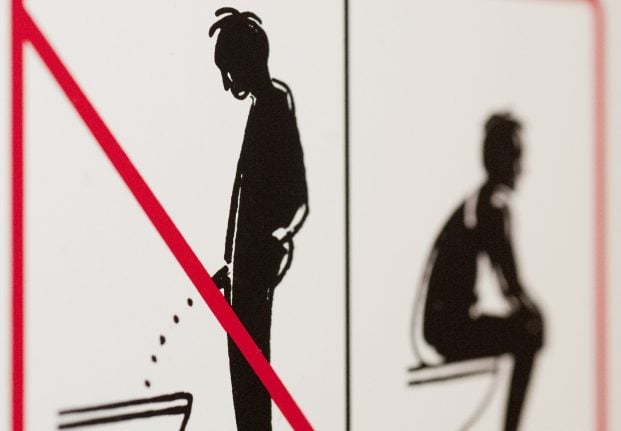 It was roughly a month ago that I realized that I’d become more German than British. I’d just changed my name on Facebook so that it was unrecognizable to anyone who I didn't tell about the change.

If Facebook was going to take my information and try and sell it onto advertisers I was going to be damned sure that they were selling it to a person called Gröj, not Jörg.

This thought process wouldn’t have even entered my head before I came to Germany. It is only through three years of living around Germans who would never use their real names on social media that I began to see things differently.

After I saw my strange new Facebook name it dawned on me just how German I'd become. Although I have a German name, I grew up in Scotland to a German father and Scottish mother and only moved to Deutschland in my twenties. When I was younger, I thought that the only thing that was German about me was my name.

But over the past three years, the evidence has been building up that I am becoming less and less British.

SEE ALSO: Curious things that happen when you have a German name but aren't German

For instance, I barely drink tea at all anymore. And whereas the only type of coffee I once drank was dark espresso, soon after arriving in Germany I discovered the wonders of weak filter coffee.

In my first months here, as I dedicated myself to learning the language, I would wake up in the morning to make a pot of weak German coffee and sit down with a copy of the Süddeutsche Zeitung and a dictionary. I discovered that the great thing about the German way of drinking your morning brew is that you can keep filling up your cup for hours, even if you are essentially drinking coloured water.

Another German habit that I took on soon after I arrived was not such much one I adopted as one I had foisted upon myself. It wasn’t long into living in my first Wohngemeinschaft that one of my flatmates sat down opposite me in the kitchen and politely asked if I stood up while taking a pee.

I replied that, of course I do, how else should one take a pee? She patiently explained that it wasn’t so nice for her when she it was her turn to clean the bathroom, and added hastily that it was normal for men in Germany to sit down when they empty their bladders.

Ever since then I have been sitting down every time I go to the toilet. I wouldn’t say, as a man that this is an ideal solution, but it has become so ingrained into me that I even do it when I go back to Britain.

I’ve been house trained in other ways too. Now, even in the middle of winter I’ll throw open the windows to lüften. It even says in my rental contract that I have to air the apartment three times a day. But instead of taking time off work to ensure that my bedroom gets the fresh air in deserves, I tend to give it an extras dose of chilly air in the evenings.

Out and about, my habits have slowly, imperceptibly changed. If I happen across a bank these days, I make sure to take out a big wad of cash, knowing that it could be weeks before I next find a the endangered species that is the bank Filiale. Besides, I’ve been caught out on too many occasions without cash at an establishment that doesn’t take card to risk having no money in my wallet.

Before I moved here, I stood up as soon as the closing credits signalled that the film was over in the cinema. But, after squeezing past Germans reverentially watching they credits on countless occasions, I too have joined the hang. After all, who wouldn't want to know the name of the third grip on the film?

I’ve also become much more comfortable about nudity. Whereas I was once squeamish about being naked in public, I now stride around the sauna with nothing to cover my dignity. And I've also discovered the true joy of wearing nothing as one swims through a German lake.

These days, if I spot a couple of embarrassed looking Brits being instructed by the sauna attendants to take off their swimmers I give a chuckle and think to myself “typical Brits.”

This might be surprising to hear from someone who hails from Scotland, but I think that living in Germany has also made me more thrifty.

I remember looking on in astonishment as my flatmate spent a good hour taking empty bottles around various supermarkets just to pick up Pfand for a couple of euros. Little did I realize the wholesome joy getting €3.50 back on an empty crate of beer would give me three years later. Enough for an expensive bottle of German wine and I'm saving the planet!

Lamentably, there are some ways that I am still hopelessly un-German. Hand me a tool box and I will make the wall of your apartment look like a Swiss cheese. And put me in a supermarket queue at 7pm on a Sunday and you will get some very angry Germans muttering about inefficient bag packing as they try and get back home before Tatort starts.

READ MORE: The German words I want to use, but just don't dare