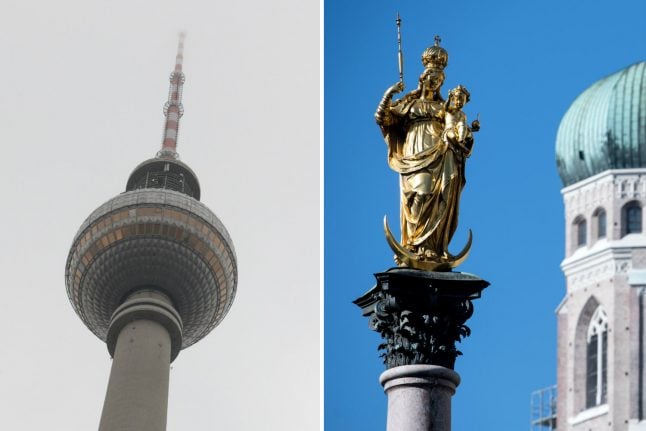 Photo: DPA
Every year, Germany's richest states, mainly in the south and west, pay billions of euros to keep cash-strapped eastern regions afloat in a system known as the Länderfinanzausgleich (state fiscal equalization scheme).
In 2017 that sum was larger than ever, rising 5.3% on the previous year to hit a record €11.2 billion, the Federal Finance Ministry announced on Thursday.
Figures showed the five states which made up former East Germany were still most in need of financial help, between them receiving close to 70 percent of the total bail out.
Economic problem child Berlin remained the biggest beneficiary of money in 2017. The German capital received €4.2 billion, just over a third of the total sum.
Meanwhile, rich relation Bavaria contributed the most to the pot, coughing up a net contribution of €5.89 billion. Wealthy states Baden-Württemberg and Hesse helped shoulder the burden, with contributions of €2.8 billion and €2.5 billion.
The current system of financial distribution between Germany's sixteen federal states is set to end next year. Whether or how it will be replaced is the subject of a heated political debate.