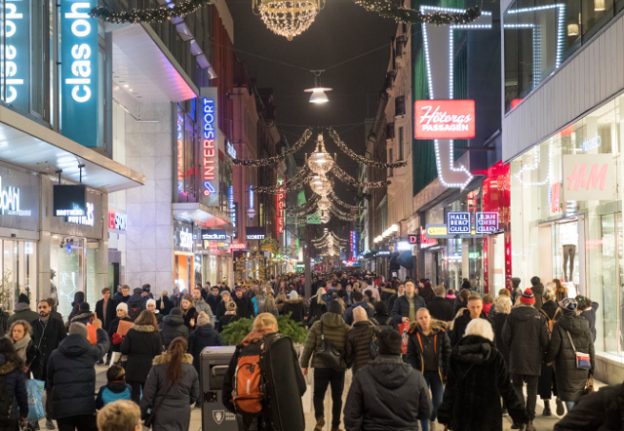 The Swedish capital fell from 20th place last year to 23rd in the 2018 quality of living ranking by human resources consulting company Mercer, which looks at life for expat workers in Sweden.

“Stockholm is generally considered to be a good place for foreign-based staff and accompanying family. If you look at points awarded for for example healthcare, education and entertainment to name a few, we are doing well,” said the company's mobility expert in Sweden, Filip Agerberg, in a statement.

“The main reason why Stockholm has fallen down the ranking is the terror attack that hit central Stockholm in April 2017. Such an incident leads to a slightly higher risk of future attacks and not least increased uncertainty.”

The high-profile trial of Rakhmat Akilov, accused of killing five – three Swedes, a Belgian and a Briton working in Sweden – in a truck attack on Drottninggatan last year is currently under way in Stockholm.

The horrific incident shook Sweden to its core, but appears to have had a limited impact on the way most Stockholmers go about their daily life. It has certainly moved anti-terror measures up the agenda of the political discussion, but Drottninggatan is still one of the capital's busiest shopping streets.

Stockholm also remains a magnet for temporary visitors. Tourists flocked to the city in record figures last summer, spending almost 50,000 more nights in Stockholm in June compared to the same month in 2016.

In terms of overall quality of life, locals may in fact have more complaints to make about Stockholm's notoriously tough housing market, the long waiting times for work permits or the oh-so-often-delayed commuter trains, but may also choose to celebrate factors such as its booming tech scene and gender equality.

The quality-of-life ranking isn't all bad news in any case. Stockholm outranked its Nordic neighbours Oslo (25) and Helsinki (32) – but found itself beaten by Denmark's Copenhagen in ninth place.

Vienna held on to the top spot, followed by Zürich, Auckland, Munich and Vancouver. Also in the top ten were Düsseldorf, Frankfurt, Geneva and finally Basel and Sydney in a shared tenth place.

It also presented a separate ranking based on city sanitation, including air pollution, infectious diseases, water quality and waste removal. It placed Stockholm in eighth place (shared with Oslo, Copenhagen, Zurich and Kobe), with Honolulu, Hawaii, zooming into the top spot followed by Finland's capital Helsinki.

What do you think? What would improve your quality of life in Stockholm? E-mail [email protected] to let us know, or join the debate on Facebook or Twitter. We would love to hear from you.