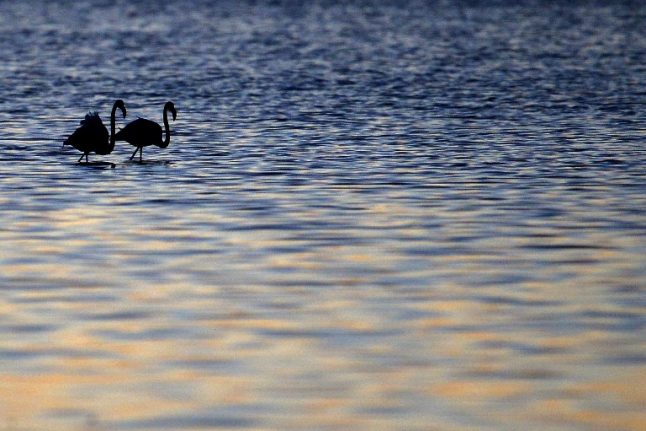 Now that the first flocks of 2018 are already enjoying the spring, here's where to head for the best views of Italy's flamingos. If you're looking for flamingos in Italy, Sardinia is a safe bet. The birds have been visiting the island for centuries, so regularly that Sardinians have their own name for them: “sa gente arrubia”, the pink folk. Thousands of flamingos flock to Sardinia's coasts each winter and, at breeding colonies near Cagliari, some stick around into the summer to raise chicks. Spot them by boat on the San Teodoro lagoon, on foot or by bike in the Molentargius national park, on the banks of the Pilo and Stintino salt ponds, or simply from the southern coastal road by Poetto beach. A dot in the Venice lagoon, the island of Torcello attracts most of its human visitors in summer. But some of its loveliest tourists arrive in February and March: a flock of around 100 flamingos that has been migrating to the waters around Torcello for the past ten years or so. If you're really lucky, you might even catch the birds flying over Venice itself. Further down the Adriatic Coast are one of the greater flamingo's favourite Italian nesting grounds: the Comacchio lagoons. The birds have been passing through these wetlands, the largest of their kind in Italy, for many years, though it was only in the past couple of decades that they started stopping in the reserve's salt flats to nest. That makes the window to spot them here one of the longest. The colony, said to be the largest in Italy after Sardinia, is usually present throughout spring and late summer. Flamingos in the waters of Orbetello. Photo: Tiziana Fabi/AFP

The Orbetello lagoon, a protected swathe of swampland on the Tuscan coast, provides a unique habitat for dozens of species of plants, sea life and water fowl – not least flamingos. Managed by the World Wildlife Fund, its location on the migratory route makes it a prime spot to watch the birds in a pristine setting. Go in winter to take advantage of the reserve's kilometre-long birdwatching trail. You don't have to venture far from the city to find wildlife: the Saline di Tarquinia nature reserve, less than two hours' drive north of Rome, attracts as many as 200 flamingos in late winter to early spring and smaller groups of youngsters in summer. You can also find the birds further south – and in smaller numbers – on the coastal lakes of the Circeo national park. Hundreds of flamingos gather in the salt flats around the “heel” of Italy each year. The largest colonies are at the Saline Margherita di Savoia nature reserve near Foggia and the Salina dei Monaci south of Taranto. The birds typically spend the winter in Puglia's mild waters, but can still be seen in spring and into summer. A haven for birds of all kinds, Sicily's Saline di Priolo nature reserve has triumphed in recent years as a breeding site for greater flamingos. Since 2015 this stretch of coastal wilderness north of Syracuse has seen the birth of dozens of chicks each year. As early as February visitors can observe the birds wading in the coastal mud and trawling for shrimp, while later in the season you can see fluffy grey chicks learn to fend for themselves and watch them take flight at the end of the summer – hopefully, to return again next year.