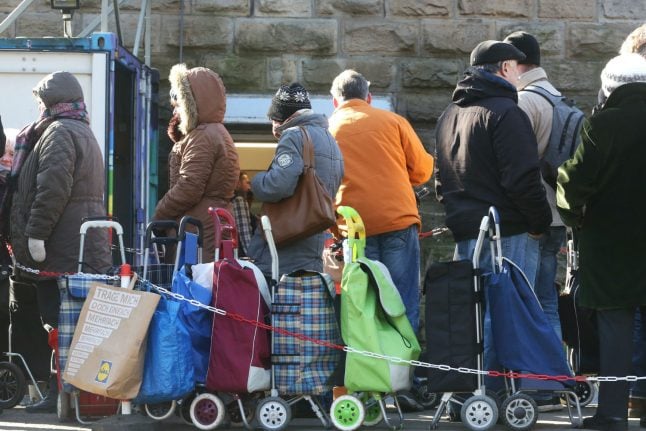 Spahn, who is set to take over as Health Minister in Angela Merkel’s new cabinet, told the Funke Media Group that Hartz IV “provides everyone with what they need to live.”

The social security payments “do not mean poverty exists, they are actually the response of our society against poverty. This welfare is a form of battling poverty,” Spahn said.

Harty IV is a welfare payment received by the long-term unemployed and low earners and is currently set at €416 per month. An average of over 4.3 million people were receiving Hartz IV payments at any one time in 2017.

Spahn also argued that people who live on Hartz IV do not need to receive food from Tafeln (food banks), saying that “no one would go hungry if the Tafeln didn’t exist.”

The real reason behind the establishment of food banks was to ensure “that food isn’t thrown away,” Spahn argued.

The controversial 37-year-old, who is one of Merkel’s loudest critics within her own party, was immediately accused of ignorance by left-wing politicians.

“Hartz IV forces parents to feed their children on €2.70 a day,” Sahra Wagenknecht, leader of Die Linke, said on Monday. “If well-earning politicians like Mr Spahn thinks that’s not poverty, they should spend some time talking to a mother who has to raise her children in those circumstances.”

“Whoever talks about the poor and weak of our society in this cold-hearted and aloof way should not take up the role of a government minister,” he said.

There is dispute in Germany over whether poverty is on the rise or not.

Welfare associations claim that close to 13 million Germans are affected by poverty, a number which has been steadily rising. The figure is based on the proportion of people who earn less than 60 percent of the median household income.

Some academics question the accuracy of this methodology. Walter Krämer, a statistics professor at the Technical University in Dortmund, said last year that “the welfare associations know exactly why they don't want to use serious statistics – because they would show that poverty has been sinking for years.”

This is not the first time that Spahn’s opinionated comments have gotten him in hot water. Last year he complained that too much English was being spoken in Berlin. He claimed that it was unfair that poor immigrants should be expected to learn German while wealthier ones speak English without attempting to master the native language.

The comments, made in the build up to last year's election, were interpreted by critics as a form of populist politics.