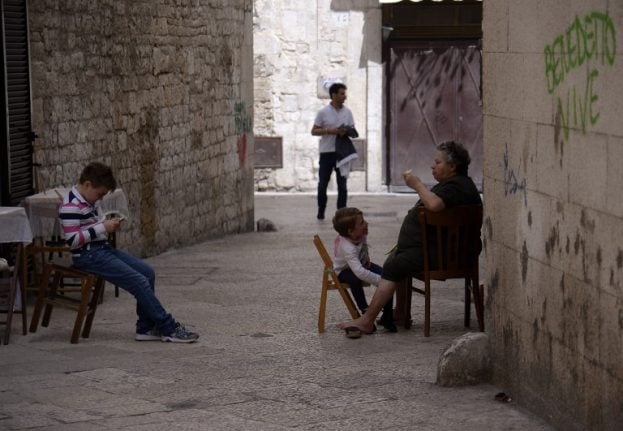 No government has yet been formed after last weekend's election, and Five Star leader Luigi Di Maio said in a TV interview earlier this week that even if the party did get into power, the basic income policy would take several years to come into effect.

But the reports of inquiries about the campaign pledge show the level of frustration in Italy at the country's growing rich-poor divide, and the desire for change.

“The M5S won, now give us the forms for the basic income,” staff at job centres around Bari, in the south-eastern region of Apulia, have reported hearing since a general election last weekend that made the M5S Italy's single biggest party.

Around 50 people, most of them young, requested application forms between Wednesday and Thursday alone, the manager of one centre told the local Gazzetta del Mezzogiorno. One mayor said he had heard of people queuing outside welfare offices in the town of Giovanazzo to apply.

A guaranteed basic income of at least €780 a month was one of the M5S's most attention-grabbing election promises. The movement got most of its votes in the south of Italy, which has some of the highest unemployment rates in the country, especially among young people.

“It's not easy for us to explain to these people that it's a matter of a campaign promise, that there are no forms and not even any laws have been approved for a universal income,” said Valeria Andriano of the local Italian Labour Union, which has also been fielding inquiries. She told Repubblica that people had even approached her for information in the street. Meanwhile the paper reported that a tax centre in the city of Palermo, Sicily, put up a sign reading: “We don't offer universal basic income” in response to requests.

In another indication of the policy's appeal in a country only just starting to recover from economic crisis, Google searches for the term “universal basic income” spiked sharply on March 5th, the day after the vote, the Secolo XIX reports.

The leader of the M5S, Luigi Di Maio, said earlier this week that it would likely be at least two years before a basic income could be introduced – providing that the movement gets into government in the first place.

The M5S won 33 percent of the vote, short of a majority, and is hunting for coalition partners after the centre-right coalition, the biggest bloc overall with 37 percent, ruled out an alliance. Its most likely option is the centre-left Democratic Party, but the PD's outgoing leader is opposed to working with the M5S populists.

According to Five Star proposals, any Italian citizen over 18 and not in work, with an income or pension below the poverty line, would be eligible for the basic income. Those of working age would have to make various commitments to seeking employment, including registering with a job centre, spending at least two hours a day looking for work, and taking at least one of the first three jobs offered to them.

Italy currently pays unemployment benefits that can be worth more than the €780 suggested by the M5S, but unlike those, the basic income would be paid regardless of recent employment history or social security contributions.

According to estimates, the measure would cost the Italian state some €15 billion per year.