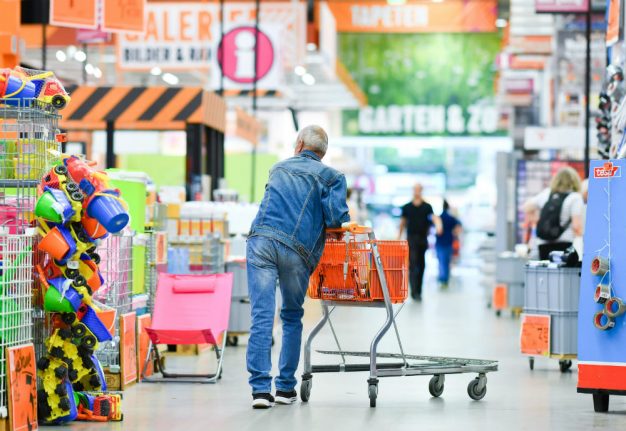 Illustrative photo of a customer in a hardware shop. Photo: DPA

During the recent trial, the trained paralegal told the court she regretted what she'd done.

On August 8th 2017, the defendant had seen a wine capsule cutter of the “Le Creuset” brand in a hardware store in Bonn and couldn’t resist exchanging its price label for a cheaper one.

After switching the product’s price tag of €10.99 with another one for €2 she’d found elsewhere, she went to the checkout, paid for her purchase and left the shop.

Little did she know though that a detective had been observing her. When the detective approached her in the parking lot, she immediately pulled out the capsule cutter and “generously returned the €2,” Birgit Niepmann, director of the district court, told Express.

The woman's brazen action is the reason why she ended up in court in Bonn and now faces a suspended sentence of one month for falsification of documents and fraud.

But it wasn’t the first time she had been caught manipulating price labels.

At the end of 2014, in a Bonn department store she switched a label of €59.95 on a cosmetics cream product with a sticker stating a price of €2.95. Two shop assistants spoke to her about it when she was about to leave the store.

She was caught for a similar deed in October 2016. At another shop in Germany’s former capital, she had re-labeled a butter dish of the brand “Blomus” from €30 to €1. After a detective approached her, she admitted to her wrongdoing.

The repeat offender has thus far accumulated fines totalling €1,800 for her actions.

Another fine for the woman’s most recent deed was no longer an option, according to judge Tanja Glessner, reported newspaper General-Anzeiger.

If she can't keep her hands off price tags for the next two years and gets caught again, she'll have to spend a month behind bars.