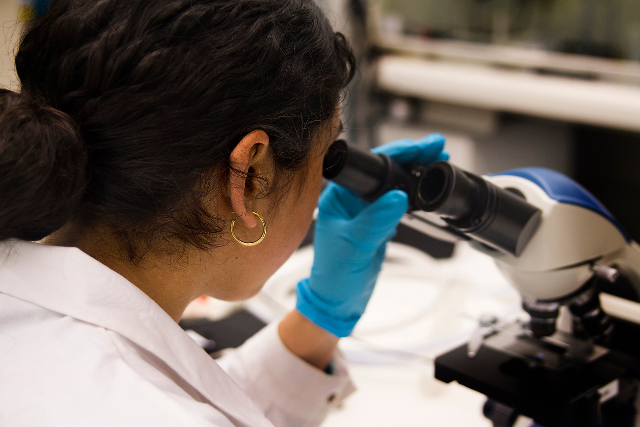 File photo of a researcher in Sweden. Photo: Isabell Höjman/TT

The European Patent Office (EPO) approved 2,903 applications from Swedish businesses last year, up 9.1 percent on 2016 (and up an impressive 50 percent compared to 2015), making it number six in the EU.

It takes the EPO between three and five years to process an application, so the above figure is made up of those handed in years ago.

Swedes are some of the busiest inventors in Europe, with 3,738 applications filed with the EPO last year.

However, the country fell one slot in a ranking of patent applications per capita – placing fourth behind Switzerland, Netherlands and Nordic neighbour Denmark, who squeezed Sweden out of the top three.

Sweden's applications increased by 4.9 percent in 2017, outperformed by Denmark's 13.1 percent.

Swedish telecommunication giant Ericsson was the tenth most active applicant with 1,373 patent requests filed with the EPO last year (a 16.1 increase on the year before). But it was beaten by competitor Huawei, which filed the most patent applications in 2017 (2,398 requests, ahead of Siemens, LG and Samsung).

It was not just a record year for Sweden. The EPO said it had for the first time granted more than 100,000 patents “thanks to sustained efforts to boost quality and efficiency”.