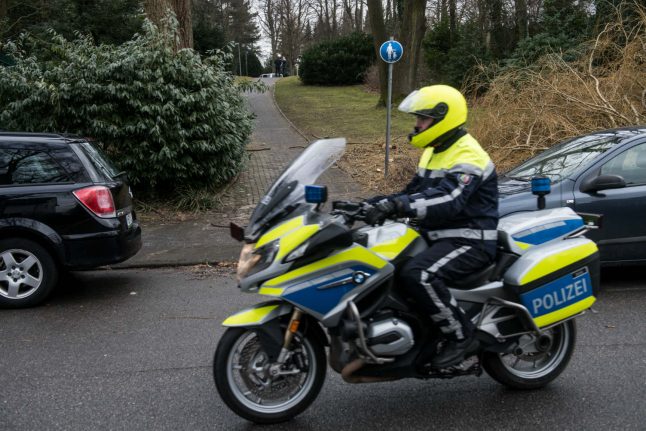 Police at the site of the acid attack. Photo: DPA

The companies have been reluctant to give explicit details about the new security procedures, but a spokesman for the Essen-based RWE said that “we are working in close contact on this with the police.”

Innogy, which is a subsidiary of RWE, has taken increased security measures, as have E.on and the Karlsruhe firm EnBW.

A spokesman for EnBW told the Heilbronner Stimme that “we have taken appropriate measures, and we aren’t just limiting this to the company board.”

On Sunday two as-yet unidentified people threw acid over Bernhard Günther, chief financial officer at Innogy, as he was walking through a park in the town of Haan, North Rhine-Westphalia. Günther suffered life-threatening injuries during the attack.

The incident has drawn parallels to car bomb attacks by the far-left Red Army Faction which targeted high profile German executives at Siemens and Deutsche Bank three decades ago.

Police have since opened an investigation into attempted murder. On Tuesday morning they said that they had no new leads in the case. Investigators have not yet said whether they believe the motive for the attack was private or business related.