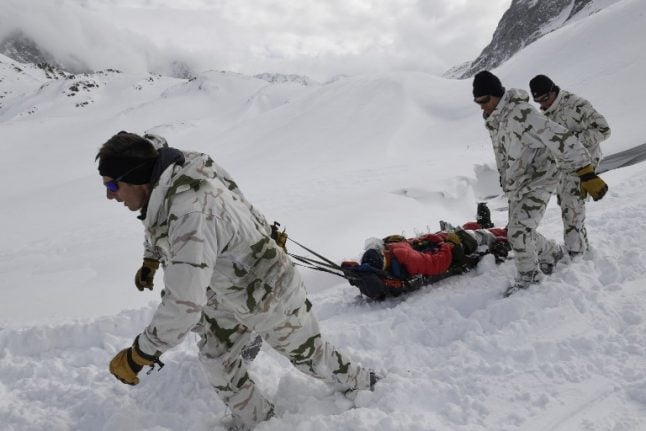 Two skiers from France and Belgium were killed in avalanches in the French Alps on Sunday while three other people remain missing, a local official said.

The deaths add to the toll in the French mountains from avalanches since Friday.

Interior Minister Gerard Collomb,  on Twitter, urged all those taking part in winter sports to act “with the utmost caution.”

It is essential to follow the signs put up by local authorities “to avoid putting yourself in danger and endangering rescue teams”.

The two skiers died during simultaneous avalanches around lunchtime, while skiing off-piste from the Vallorcines resort  in the Chamonix-Mont Blanc region.

One of the skiers was dug out of the snow alive but died hours later in hospital, The second, the Belgian skier was found dead.

Another Belgian in the same group was injured.

An hour earlier, at Samoens near the Swiss border, a Swiss hiker was swept away by another avalanche. Bad weather forced searchers to abandon their efforts to find him later in the day.

The man's wife was also buried in snow but escaped with only minor injuries.

“We are pessimistic about his chances as he has already been five hours under the snow, ” an Haute-Savoie regional official told AFP at 1700 GMT
Sunday.

In neighbouring Savoie rescuers were looking for two missing skiers, aged 47 and 49, who were caught in an avalanche off-piste at Planay in the
Tarentaise Valley in the heart of the French Alps.

On Saturday two Spanish skiers were killed when an avalanche hit a group skiing off-piste on a mountain in southeastern France.

A day earlier four skiers were killed in the Mercantour National park in the French Alps, the deadliest avalanche of the winter so far.