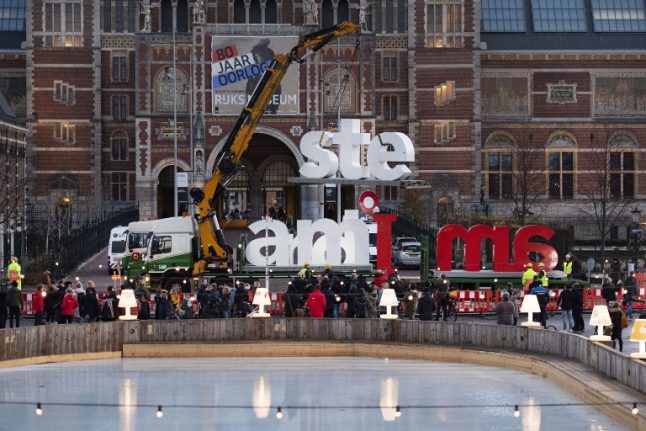 Amsterdam perhaps more than any other city can challenge Frankfurt’s hegemony as the ultimate Brexit winner. The city reclaimed from the sea is already one of the world’s major financial services, media, transport and digital hubs and UK companies are increasingly looking to the Dutch commercial capital as a way to maintain their operations in the EU’s Single Market.

The city is built on 11 million 15 to 20 metre wooden planks, yet Amsterdam offers sturdier foundations for businesses – conditions which are increasingly attractive to British companies with high exposure to Brexit.

“Last year, nine companies relocated to the Amsterdam Metropolitan Area because of Brexit and three businesses expanded their operations here. This accounts for 300 extra jobs,” Charlene Verweji, a spokeswoman for the City of Amsterdam told The Local by email.

At least 18 Brexit-relocated companies moved to the Netherlands in 2018, Michiel Bakhuizen, a spokesman for the Dutch Ministry of Economic Affairs and Climate Policy, also told The Local. Most of these companies have not yet made public announcements.

Bakhuizen says the Netherlands Foreign Direct Investments Agency (NFDI), of which he is also a board member, have received consultations from 200 UK companies, or companies located elsewhere who are now considering the Netherlands over the UK.

“We are talking to companies in life sciences and health, fintech, chemical companies, web companies, fashion brands and retailers,” Bakhuizen told The Local.

Verweji lists other key qualities the city boasts: the Port ofAmsterdam is ranked in the top five of Europe, the nearby Port of Rotterdam is the largest container port in the continent. And Amsterdam’s connectivity is not limited to logistics.

The city is home to the largest data transport hub in the world, the AmsterdamInternet Exchange (AMS-IX), and the region also has the highest rankings of broadband penetration in Europe, according to Verweji.

Nearly half the population are university graduates who speak one or more foreign languages (a consequence, some say, of Dutch TV subtitling rather than dubbing content).

In 2017, 850 new places at English-language schools opened in Amsterdam alone, says Verweji, a sign perhaps that the city is still gearing up for more arrivals.

“Because of the high quality of life, the city is also a magnet for international talent,” adds Verweji.

Curiously, The Netherlands is only ranked 16th in the EU27 in the World Bank’s 2018 Doing Business rankings.

One shortcoming for Amsterdam vis-a-vis other European competitors fighting to strip away bits of the highly lucrative Brexit carcass – Milan, Frankfurt, Madrid –is an apparent lack of available office space and the high prices per square metre of what is on the market.

The availability of office space fell 11% in the first half of 2017, while the average price per square metre rose 5%, reported online news site Dutch News.