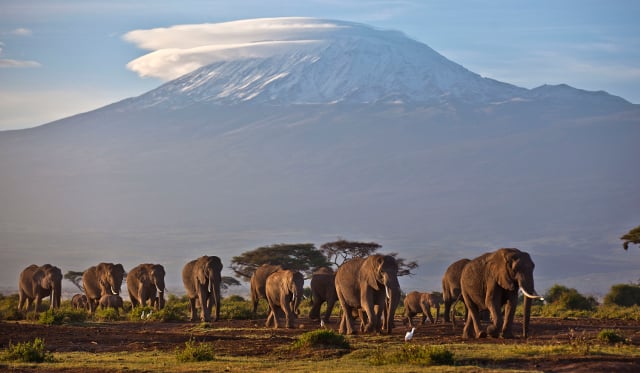 Ancient species of elephants and mammoths interbred, swapping genes that helped them adapt to new habitats and climates, a practice that is lost among modern-day elephants, researchers said.

Today, the two kinds of living elephants in Africa – savanna and forest elephants – are indeed different species but researchers found no recent evidence that they mate with each other.

The study offers the first comprehensive look at the genome of mammoths and mastodons and their cousins the elephants, once plentiful on Earth but now dwindling fast due to poaching, which kills 50,000 each year.

“Interbreeding may help explain why mammoths were so successful over such diverse environments and for such a long time,” said senior author Hendrik Poinar, an evolutionary geneticist at McMaster University.

“Importantly this genomic data also tells us that biology is messy and that evolution doesn’t happen in an organized, linear fashion.”

Plenty of other related species are known to interbreed, including brown and polar bears, Sumatran and Bornean orangutans, and the Eurasian gold jackal and grey wolves.

But just how this played out among elephants – which originated five to ten million years ago in Africa and were once among the most widespread big animals on Earth – was unclear until now.

For the study, international researchers – including from the Swedish Museum of Natural History and Uppsala University – sequenced 14 genomes, including two American mastodons, a 120,000-year-old straight-tusked elephant, a Columbian mammoth, and individuals from modern day elephant populations in Africa and Asia.

“This paper, the product of a grand initiative we started more than a decade ago, is far more than just the formal report of the elephant genome. It will be a reference point for understanding how diverse elephants are related to each other and it will be a model for how similar studies can be done in other species groups,” said co-senior author Kerstin Lindblad-Toh, director of the Science for Life Laboratory at Uppsala University.

One of the extinct elephants that has long puzzled experts was the straight-tusked elephant, which was traditionally grouped with present-day Asian elephants because their skull shape and teeth size were similar.

But the study found that straight-tusked elephants were actually “a hybrid with portions of its genetic makeup stemming from an ancient African elephant, the woolly mammoth and present-day forest elephants”, said the report in the Proceedings of the National Academy of Sciences, a peer-reviewed US journal.

“The findings were extremely surprising to us,” said Eleftheria Palkopoulou, a post-doctoral scientist at Harvard University Medical School.

“The elephant population relationships could not be explained by simple splits, providing clues for understanding the evolution of these iconic species.”

But they showed no genetic evidence of interbreeding among African forest and savanna elephants, “suggesting they have lived in near-complete isolation for the past 500,000 years, despite living in neighbouring habitats”.

Co-senior author David Reich, a professor in the department of genetics at Harvard Medical School, said the study shows both African savanna and forest elephants “have been isolated for long periods of time – making each worthy of independent conservation status”.