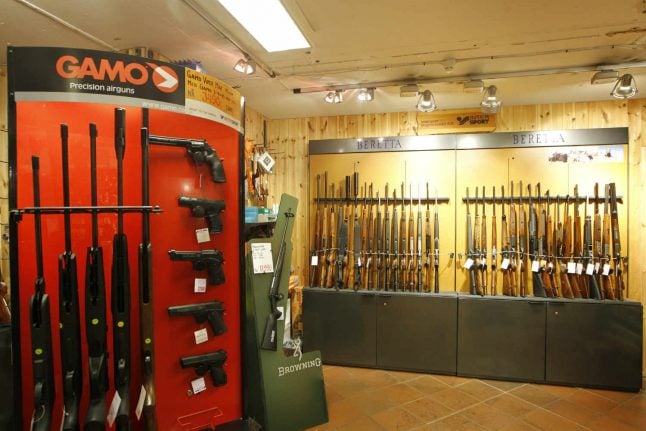 The minority right-wing government had presented a proposal on the ban last year.

“Today (Tuesday), it has become clear that there is a parliamentary majority in favour of the government's proposal. Semi-automatic weapons will therefore be banned in Norway,” Peter Frølich, a Conservative member of parliament's standing committee on judicial affairs, told AFP.

The ban, which would enter into force in 2021, comes amid renewed debate on semi-automatic weapons in the United States, following a school shooting in Florida that claimed the lives of 17 students and teachers on February 14th.

The massacre in Norway took place on July 22nd, 2011, when disguised as a police officer and armed with a Ruger Mini-14 semi-automatic rifle and a Glock pistol, Breivik killed 69 people, most of them teenagers who were attending a Labour Party youth camp.

Just a few hours before the camp attack, he had killed eight people in a bombing outside a government building in Oslo.

In a 2012 report, a commission tasked with drawing conclusions from the attacks had called for a ban on semi-automatic weapons, one of its 31 recommendations. “This decision is a very good thing, even if it comes belatedly,” the head of a victims' support group, Lisbeth Kristine Røyneland, said.

The bill allows for several exemptions, in particular for shooting sports.

Frolich attributed the long delay in drafting the proposal to the fact that many hunters in Norway use semi-automatic firearms.

It was not immediately clear how the new law would affect hunters.

Breivik was sentenced in 2012 to 21 years in prison, which can be extended indefinitely as long as he remains a threat to society.