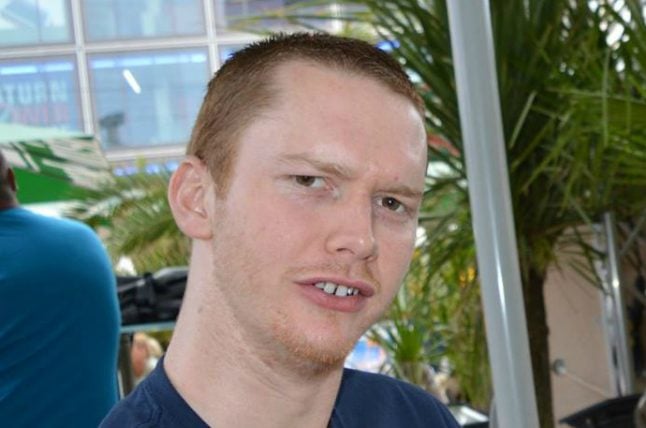 Colgan had been responsible for arranging his brother Eamonn’s stag do in the St. Pauli district before a wedding which was supposed to take place in two weeks time.

But the younger brother disappeared during the night and failed to turn up for activities he had organized the next day.

The 29-year-old from the small Scottish city of Inverness was last sighted leaving the Veermaster pub in the vicinity of the Beatles Platz at around 1.30am in the early hours of Saturday, February 10th.

For four days, police had no clue what had happened to him. But then a reported sighting led their investigation to the small town of Buxtehude, just south of Hamburg.

A woman who works in a bakery in the town called in to say that he had come into her shop in the morning.

“He stood there in the morning in front of the counter and seemed pretty confused then said something in English. But I didn’t understand him,” Bettina Diwinski, told the Hamburg Abendblatt (HA).

“I turned around to a colleague and when I looked back he had gone. I later saw a picture in a newspaper and it was clearly the confused man,” she said.

A police dog was able to pick up Colgan’s scent outside the bakery but lost it at the town train station.

According to the HA, police have been unable to spot the young Scot on any CCTV footage in Buxtehude.

But several other people in the town of 40,000 residents have also reported seeing him. The most recent reported sighting came this Tuesday, with a local claiming to have spotted him on Saturday (Feb 17th).

Police have also spotted Colgan on recordings on two CCTV cameras on the night of his disappearance. At 2.20am a camera in Hamburg harbour picked him at Baumwall and Michel. And according to his family, he was also seen on a camera in the Portugiesenviertel. Both these recordings would plausibly put him on track to have entered the Landungsbrücken S-Bahn station, from where the S3 travels directly to Buxtehude.

A police spokesperson told The Local on Wednesday that “there is still no hot lead”, adding that they still needed to work out how exactly Colgan reached Buxtehude. He said that he was not aware of any sightings in other towns or districts.

On Wednesday Colgan’s family, who are in Hamburg helping with the search, said that they were hopeful that he would be found.

“We feel we are making progress, especially due to your continuous support,” they wrote on Facebook.

Calling the disappearance was totally out of character, they wrote that “he might have hurt himself, maybe sustained a head injury and could be suffering from memory loss.”

“We don’t know why he hasn’t tried to make contact or return to us, but we are certain that he would have, if he could.”

The family encourage anyone in the Buxtehude area to look into disused sheds or outhouses to see if there are signs that he has been sleeping there. They also stress though that he may have since moved on from the town and could now be wearing different clothes.

Colgan is described as 1.82 metres tall, with short ginger hair and stubble. At the time of his disappearance he was wearing a leather jacket and a grey hoodie.