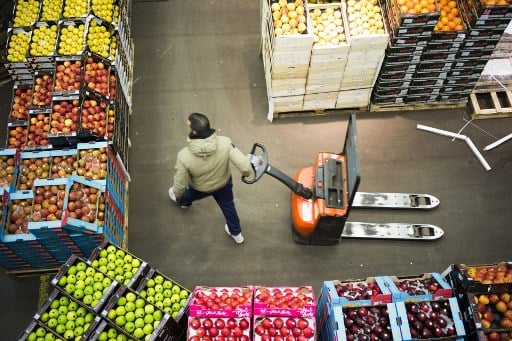 It’s no groundbreaking scientific discovery that the food most of us buy at supermarkets contains substances that could be detrimental to our health.

This France-specific study however sheds light on the most frequently contaminated fruits and vegetables sold in France, for those living in L’Hexagone hoping to keep a more watchful eye over what they put in their bodies.

Their results found an alarming 73 percent of fruit samples analysed over the past five years contained pesticides, compared to 41 percent of vegetables over the same time period.

Generation Futures, known in France for their fight against pesticides and push for organic eating, used official data from the country’s Consumer Affairs and Fraud Prevention body.

The DGCCRF specializes in conducting studies and campaigns to monitor food quality of French supermarkets and wholesalers, but not the fields and farms where the produce is grown.

A total of 19 fruits and 33 vegetables were screened, representing 11,103 samples overall.

“These results haven’t been published before in France,” Generations Futures president François Veillerette is quoted as saying by Le Monde.

“It comes as a result of consumer demand. There’s not enough data on this in France so the public has been turning to studies from North America, where the pesticides put in food aren’t the same as here.”

So what fruit and vegetables did the study find to be the most contaminated?

Most alarming of all is that  2.7 percent of the fruit samples analysed have pesticide levels above the maximum residue limits set by the European Union.

Beets (4 percent), asparagus (3 percent) and sweetcorn (2 percent) were found to be the healthiest.

However helpful it may be in informing the public, the study does not shed any light on the average concentration levels of pesticides in each food item, nor does it specify how each contaminant reacts to the human body (endocrine disruptor, carcinogen or any other damaging substances).

“We’ve had some inconsistencies in the results because producers and suppliers change from one year to the next,” the DGCCRF clarified.

Could crops survive without pesticides? A report by France24
France is Europe's biggest food producer and the government has announced plans to reduce the use of all pesticides.
Fruit and vegetable growers have pushed for a label for “zero pesticide residue”, distinct from organic, for produce that contains no more than 0.01 mg of pesticide per kilogramme.
Generations Futures said this solution was not enough because although “these offers guarantee an absence of pesticide use” they but do not “eliminate environmental pollution”.
Url copied to clipboard!