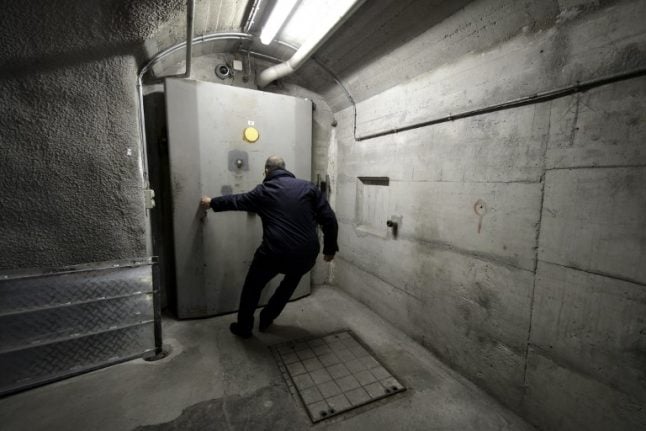 The now defunct P-26 army was an anti-communist paramilitary group which operated outside of Swiss government control, embedded deep within the secret military services. Its members were to defend Switzerland within the country's borders in the event of a Soviet invasion.

The existence of the P-26 was uncovered in the early 1990s by a national commission set up to investigate whether the military was keeping secret dossiers on Swiss citizens it considered suspect.

That commission had been established after it emerged national federal police had kept surveillance files on some 900,000 people, mostly on the political left – one of the largest scandals in modern Swiss history.

The P-26 was dismantled in late 1990, at which point it had 400 members, but Switzerland’s Socialists and Greens pushed for a detailed investigation of its operations, which resulted in the so-called Cornu report.

An unredacted copy of that 100-page report – still top secret – remains in the national archives, as a spokesperson for that institution confirmed on Monday. But confusion reigns over the whereabouts of some 27 associated files and dossiers on the investigation, all of which were thought to be housed in the defence department.

And some experts now fear they may have been destroyed because they contain sensitive information, as Swiss daily the Tages-Anzeiger reports.

“It could well be that these files [include details of] actions against domestic targets and people would rather not know about that now,” said historian and former national councillor Josef Lang, who has long pushed for the full Cornu report to be made public.

Lang also believes the files may have contained information that displeased foreign allies – a view echoed by Titus Meier, the author of a new dissertation on P-26 who also suspects the files may have been destroyed. The files could well have been shredded because it was standard practice at the time not to archive material containing information on how foreign intelligence services operated, Meier told Swiss daily NZZ.

Meier speculates that the files may have been lost during a restructuring of the defence department with personnel failing to recognize their importance.

If the files were destroyed then this probably took place back in the 1990s: a move described by Martin Matter, who has written a book on the P-26 as “indefensible” on any grounds.

But for the pro-army lobby group Gruppe Giardino, it comes as no surprise that the files are missing. “The defence department is a pigsty in which unsustainable conditions are the order of the day,” group president Willi Vollenweider told the Tages-Anzeiger.

Meanwhile, management at the national archives has not ruled out the possibility that it actually holds the missing files. Handwritten records show several files were handed over to the organization by the defence department in 1993 but details on their contents are scarce.

Investigations are ongoing but a national archives spokesperson said any search for incorrectly labelled documents would be extremely difficult.

In any case, the latest revelations have put a half-forgotten scandal firmly back in the limelight.