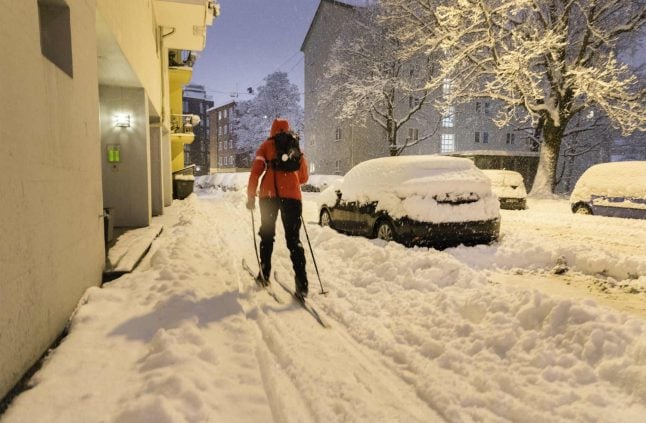 The man, who is in his 30s, decided on Saturday to try and combine going out for a few drinks with winter sport, reports Nettavisen.

With around 10 centimetres of snow on the ground, the man saw skiing as the easiest way to get home, according to the report.

But his technique was reportedly so bad that onlookers made the decision to alert the police.

“The [police] patrol had to take care of a very inebriated man on skis in the centre of Kongsberg. It was clearly neither classic nor cross country,” police tweeted.

The man's skis were reportedly confiscated on the spot.

“The patrol drove [the man] away and had a chat with him. It was obvious he had to take off the skis. We drove him home,” police operation leader in Kongsberg Trond-Egil Groth told Nettavisen.

The intoxicated skier is not thought to have presented a risk to others and was skiing on the pavement, but his drunken state had a clear detrimental effect on his technique, police said.

No further police action is expected.